The Madagascar poison frog (Mantella sp.), in addition to secreting poisons on its skin, also secretes sucrose in the wild (captive-born Madagascar poison frogs do not secrete the sucrose), which marks the first instance of an animal secreting the sweet substance, according to a report on Discovery.com. Citing the study, "An Endogenous Bile Acid and Dietary Sucrose from Skin Secretions of Alkaloid-Sequestering Poison Frogs" published in the Journal of Natural Products, the report says that the poison frog acquires the sucrose by ingesting ants, which ingest sugars from the sap of plants on which the ants rely on for food. 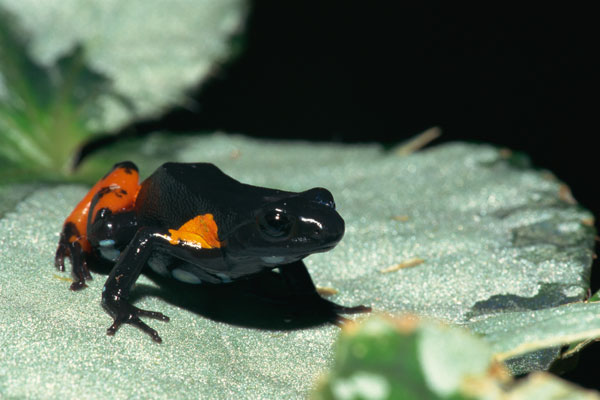 Belfast's Queen's University herpetologist Valerie Clark, who co-authored and led the study, discovered the sweetness in the Madagascar poison frog's skin secretions while studying the frog's chemical secretions. The researchers also discovered that both captive born and wild caught Madagascar poison frogs secrete tauromantellic acid, which is a bile acid. According to the study, the secretion of this acid is the first molecule of endogenous (that which originates from within an organism) origin from this group of animal.  The abstract of the study is available at the Journal of Natural Products.