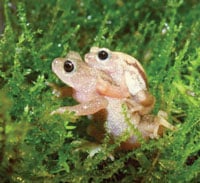 Breeding program releases more than 2500 Nectophrynoides asperginis back into their native habitat.

The Kihansi spray toad (Nectophrynoides asperginis), a small Tanzanian toad that was declared extinct in the wild in 2009, has made a comeback due in part to breeding programs at the Toledo and Bronx Zoos. The zoos were able to breed more than 2,500 toads, all which were released into their native habitat this week, according to a press release put out by Global Wildlife Conservation. 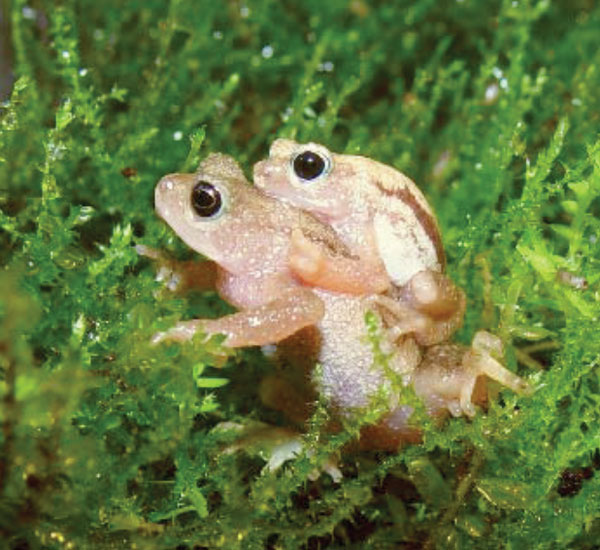 “Most reintroductions for amphibians and reptiles have been designed to establish or augment a population of a rare species, but it is extremely exciting to be involved in actually returning a species that was extinct in the wild back to its native habitat.” Dr. Kurt Buhlmann and Dr. Tracey Tuberville, research scientists with the University of Georgia’s Savannah River Ecology Laboratory and Associate Conservation Scientists with Global Wildlife Conservation said in the press release. “This project is a shining example of international collaboration, linking tremendous effort by the Tanzanians to recreate the unique habitat, with successful captive breeding programs, and a scientific approach to implementing the reintroduction for a species that was nearly lost.”

The toad was discovered in 1996 in the spray meadows at the base of Tanzania's Kihansi Falls. The construction of the Lower Kihansi Hydropower Project dam led to the near destruction of the meadows, which is the toad's primary habitat. In 2000, 499 toads were transferred to zoos in the United States in an effort to start a breeding program. The Toledo Zoo in Ohio and the Bronx Zoo in New York were the only zoos that were able to successfully breed the toads. In 2010, Tanzania received its first captive colony from the zoos.

A misting system designed to mimic the spray of the Kihansi Falls prior to the dam's construction was built in 2000 and has been running ever since. This system enabled the return of the vegetation and the invertebrates that the toads relied on to survive. A successful soft release of the toads involved keeping them in mesh cages in the meadows at the base of the falls.

The Kihansi spray toad is about the size of a human thumbnail and is gold in coloration. It is unique among toads in that it does not have a free swimming tadpole stage. Females give birth to froglets.