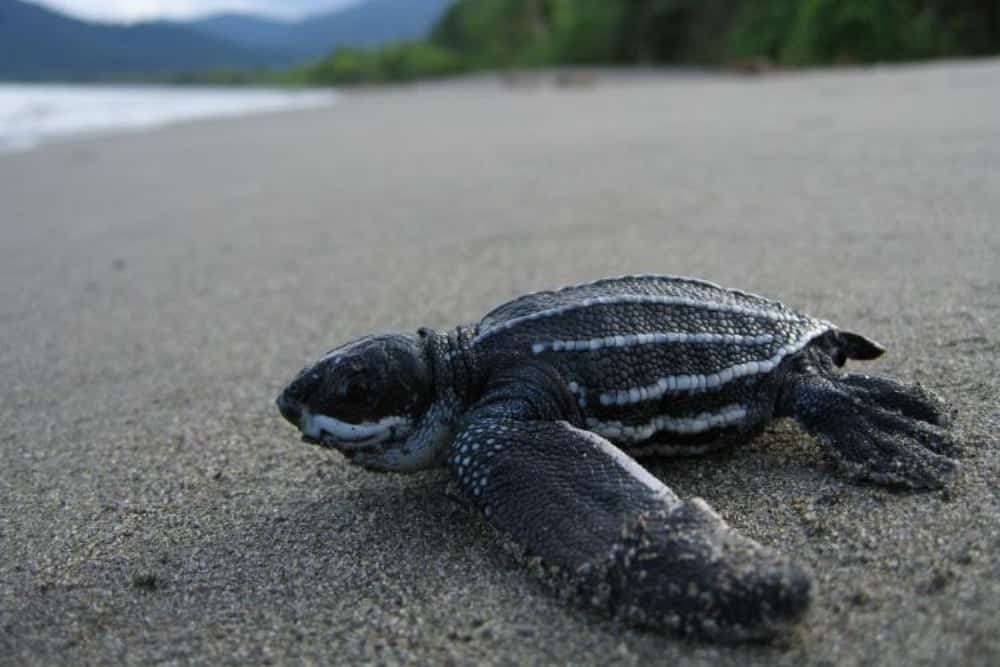 Leatherback Sea Turtles Should Be Listed As Endangered In CA, Agency Says

The leatherback sea turtle (Dermochelys coriacea) should be listed as endangered under the state of California’s Endangered Species Act, The Californi

The leatherback sea turtle (Dermochelys coriacea) should be listed as endangered under the state of California’s Endangered Species Act, The California Department of Fish and Wildlife recommended in its status review released August 16. The review, which determines if an animal should be afforded protections precedes an October 2021 vote on whether to list the reptiles as endangered.

The biggest threat, according to the CDFW review is entanglement in fishing gear, according to the Center for Biological Diversity, which petitioned the game commission. The center also cites a 2020 study on the species in the California current ecosystem that indicates a long term decline, at an annual rate of -5.6 percent. The study noted that the West Pacific leatherbacks (one of seven distinct populations around the world) face a high extinction rate.

“California’s action today is a decisive step in the recovery of critically endangered leatherback turtles, one of California’s most giant, gentle and unique marine species,” Todd Steiner, a wildlife ecologist and executive director of Turtle Island Restoration Network said in a statement released by the center. “Combined with earlier action to declare the leatherback the official marine reptile of California, we now must redouble our efforts to eliminate all threats from commercial fishing, pollution and climate change.”

Dermochelys coriacea is the largest turtle in the world and can grow to 2,000 pounds, though 1,000 pounds is more common. It is known for its leathery skin rather than a hard carapace like other turtles. They have been recorded diving more than 3,900 feet and feed primarily on jellyfish.

The California staff summary review for the leatherback sea turtle can be read here.