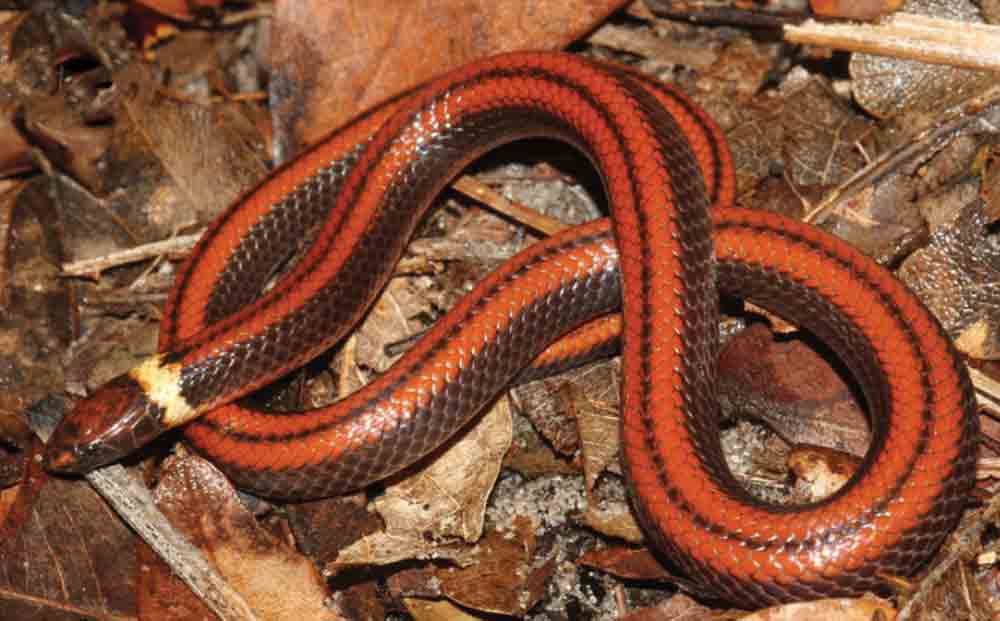 The researchers note the snake should be the subject of conservation action due to the limited range in which it was found.

The snake, Phalotris shawnella sp. nov. is from the Rancho Laguna Blanca, Departamento San Pedro. It features a pointed snout, a dull reddish head, a yellow ring around its neck and features red and brown bands running the length of its body.

The holotype was collected during daylight hours on sandy substrate within 500 meters of a lake. A juvenile female was kept in captivity for ecological observation, was offered a Gymnophthalmid lizard, which it ate, was fed a second Vanzosaura rubricauda lizard and then drank water. It later escaped its enclosure. 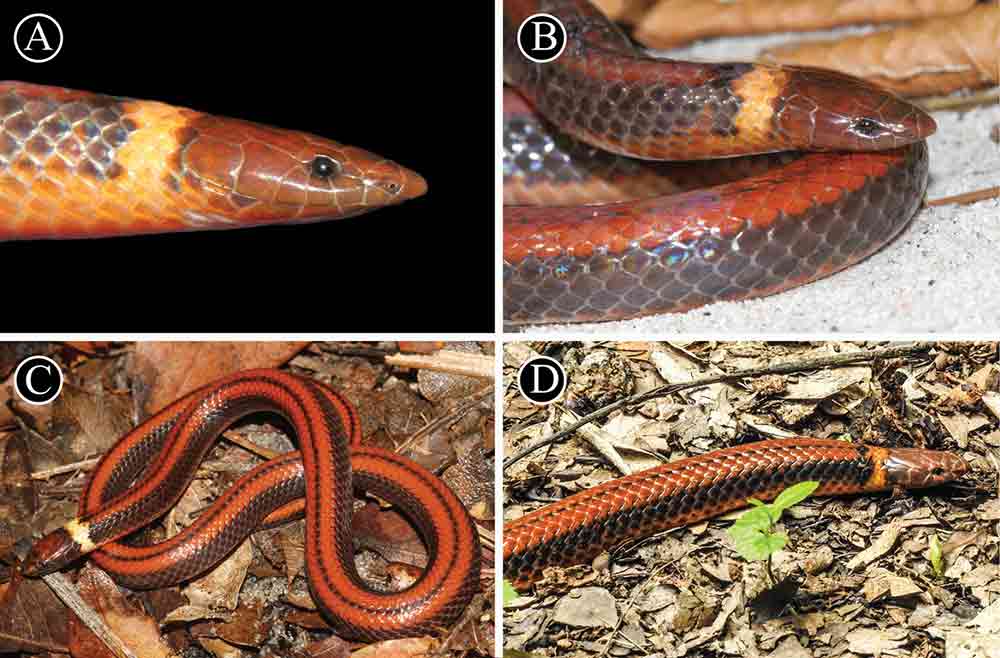 Phalotris shawnella combines the first names of two young people, Shawn Ariel Smith Fernández and Ella Bethany Atkinson, who were born around the same time of the founding of Fundación Para La Tierra, a foundation that works toward the study and conservation of the fauna of Paraguay.

The researchers say that since the species was discovered in a restricted global range within a single Paraguayan department (like a state in the US), the snake should be the subject of conservation action. It is a potential forest species which is known to occur in what the researchers call an agricultural matrix that is under constant alteration.

The complete paper, “A new species of Phalotris (Serpentes, Colubridae, Elapomorphini) from Paraguay” can be read on the Zoosystematics and Evolution website.