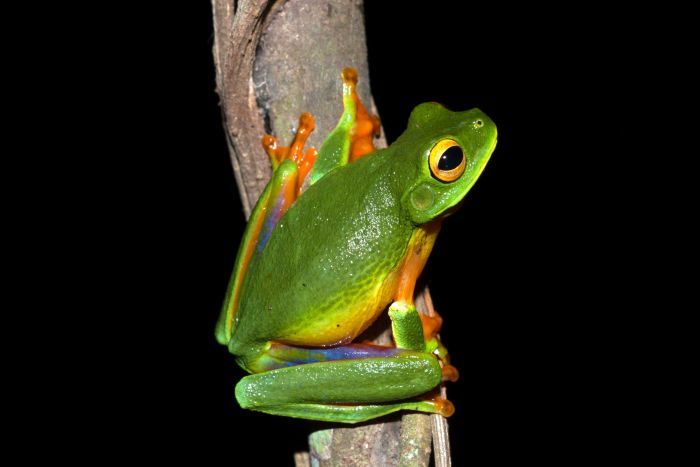 An Australian scientist has discovered a new species of treefrog in the forests of Cape York in north Queensland. The frog, called the Cape York grace

An Australian scientist has discovered a new species of treefrog in the forests of Cape York in north Queensland. The frog, called the Cape York graceful treefrog was first discovered 10 years ago but had not been described and named until now.

Dr. Jodi Rowley, a curator of reptile and amphibian biology at the Australian Museum and her colleagues, scientists Keith McDonald, Stephen Richards and Greta Frankham gave the frog the scientific name Litoria bella, according to ABC News Australia. 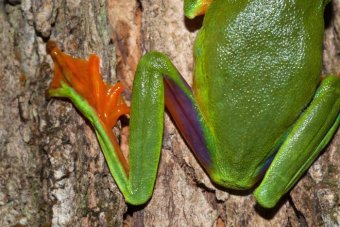 The bluish purple thighs of the Cape York Graceful Treefrog.

Its common name is the Cape York graceful treefrog. Rowley and her colleagues spent the last 10 years or so comparing the frog’s DNA with that of other tree frogs in the region as well as its calls, body measurements (about 4 cm in length) and overall appearance to determine that the frog is indeed a new species.

"One of the unusual things about these frogs is instead of calling separately, they all call at once so you hear a chorus of them." 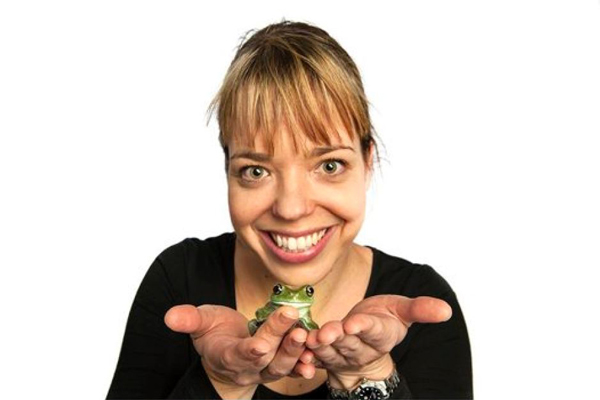 The frog itself is remarkable in that although its body is green, its feet are orange and its thighs are a distinct blurplish (blue-purplish) in coloration. The frog was thought to have been the graceful treefrog (Litoria gracilenta), a common species along Australia’s east coast until slight differences were noted between the two species. The DNA was examined by Rowley and her colleagues and confirmed their thoughts that it was a new species. The Cape York graceful treefrog spends the vast majority of its time in the tree canopy and comes down to the forest floor during times of rain and during the breeding season.