A small population of rattlesnakes that is already in decline in southern Illinois faces a new and unexpected threat in the form of a fungus rarely seen in the wild, researchers report. 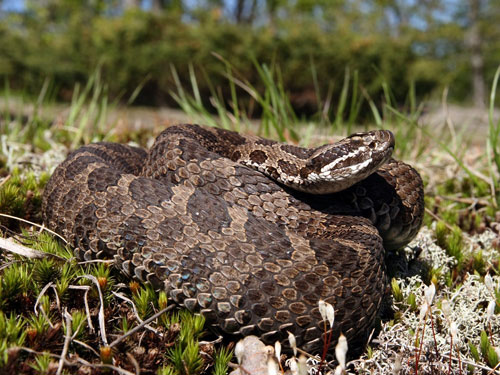 The eastern Massasauga rattlesnake (Sistrurus catenatus catenatus), a candidate for protection under the federal Endangered Species Act, suffers from habitat loss and environmental stresses wherever it is found, explained University of Illinois comparative biosciences visiting instructor and wildlife veterinarian Matthew Allender, who led the health investigation.

Long-term population studies of the snake – in Illinois and elsewhere – had never previously turned up evidence of debilitating fungal infections. But in 2008, biologists studying the snake reported to Allender that they had found three sick snakes in a park in southern Illinois, all with disfiguring lesions on their heads. The snakes died within three weeks of their discovery. A fourth snake with a similar syndrome was discovered in the same park in the spring of 2010.

Allender conducted necropsies on the snakes and identified the pathogen that had killed them: Chrysosporium, a fungus that plagues portions of the pet reptile industry but is not normally seen in the wild, he said.

“Chrysosporium causes disease in bearded dragons and in other snakes and it’s a bad bug. We see it in captive animals worldwide, but we don’t typically find it in free-ranging animals. This fungus is also emerging as a dangerous infection in humans with weakened immune systems,” added Allender.

Shortly after he first presented his findings at a meeting of the Fish and Wildlife Service, Allender heard from other biologists about similar infections in snakes in the northeast United States. “They seem to be having a similar problem in timber rattlesnakes in New Hampshire and Massachusetts,” Allender said. Although biologists have sporadically identified Chrysosporium in those snakes, the symptoms they report – facial swelling and ulcers and malformations of the jaw – are the same, he said. These infections also occurred only within the last five years. 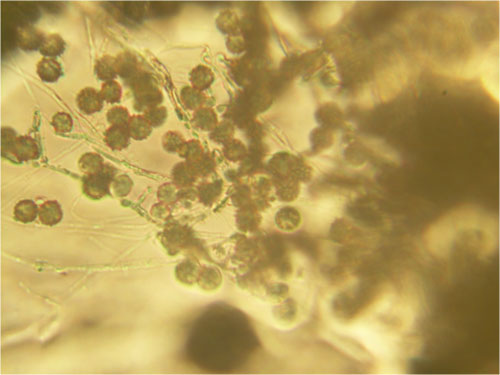 Chrysosporium spores seen under the microscope.

“Fungal pathogens have been increasingly associated with free-ranging epidemics in wildlife, including the well-known effects of Batrachochytrium dendrobatidis on frog populations globally and white-nosed syndrome in bats,” Allender points out. “Both of these diseases cause widespread and ongoing deaths in these populations and seriously threaten biodiversity across the United States.”

Allender sees this new occurrence of a fungal infection in endangered snakes as a “yellow flag” that warrants more study. “Wildlife diseases and human health are not that different,” he said. “And often wildlife provides us with a window, revealing stresses in the environment that can trigger disease in both people and animals.”