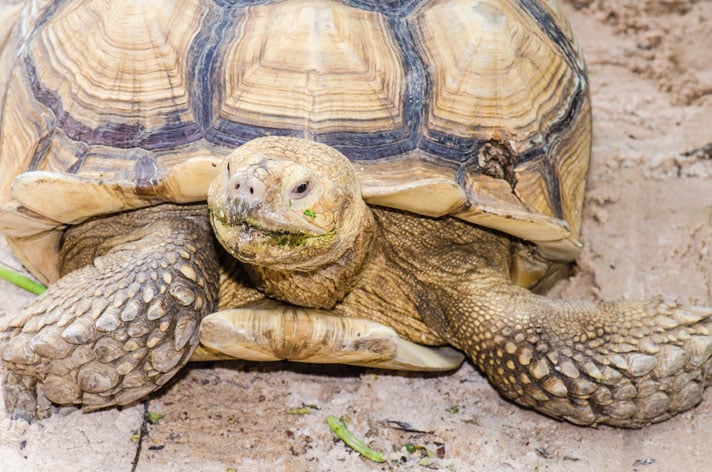 Mixed Species Vivaria: Can It Be Done? And If So, How?

Mixing species is by no means easy, and it is probably best left to the most experienced herpkeepers.

My obsession with herpetoculture began in the early 1990s, when I was about 8 years old. I was concurrently obsessed with aquaculture, and I often found myself asking, “Could I make a community herp tank, just like I do with my fish?”  So, I started looking into it, and the results I got were pretty mixed from the literature available at the time. The majority of the literature said it was doable, but provided little guidance as to who could live with whom without issue, so I began to experiment. Like the literature, my results were mixed. By the dawn of the Internet age I was horrified to discover that, in the opinions of many, mixing species was absolutely taboo. I abandoned my mixed tanks immediately. Fast forward 14 years, when I became an animal keeper at the local zoo. It was with this job that I got schooled in the proper way to have successful mixed-species vivaria, finding that it is possible, but it takes a lot of planning and a little bit of luck. 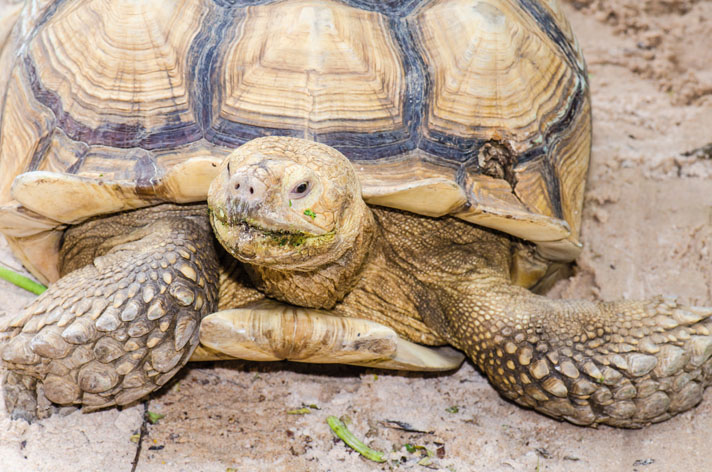 The African spur-thigh tortoise could be kept with leopard tortoises.

Why Do I Want a Mixed-Species Vivarium?

This is the first question you should ask yourself. Honest answers to this seemingly rudimentary question will let you know if you are ready for the undertaking. If you are new to the hobby, I recommend against mixing until you become a master of the basic husbandry techniques to successfully maintain a single species.

A Lot Can Go Wrong

It may seem obvious, but mixing species can have a lot of pitfalls. There is a very good reason many herpers consider mixing species to be taboo; a fool’s undertaking, if you will. As such, you must be prepared to tackle any problems should they arise. First, a proper environment for multiple species can be hard to achieve—what is good for one species may be detrimental to another. You need to be able to provide an idyllic environment for all species, which can require some creativity on your part. 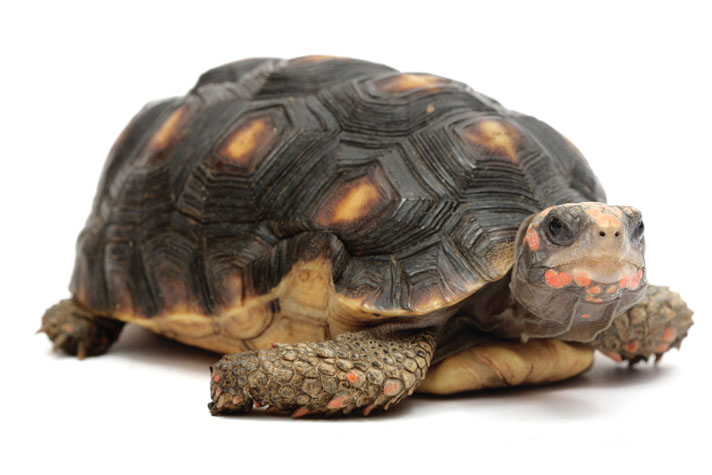 The red-footed tortoise could be kept  in a large enclosure with a green iguana.

Next, animals can spread disease to each other. You need to have a good quarantine system to ensure only healthy specimens make it into the community setup, and you need to be vigilant about monitoring your animals for signs of disease. A good working relationship with a qualified herp veterinarian is vital, as the veterinarian can help ensure you are only placing healthy, parasite- and disease-free animals into the environment together.

Also, animals can fight. It would amaze you how quickly two animals that co-existed peacefully for years can turn on one another under certain circumstances. Herp fights can be violent, even deadly. Again, the vet and a quarantine space will come in handy here. It is good to also keep in mind that intimidation from one specimen to another can be just as bad as physical altercations. Some animals do not need to physically attack one another for one animal to start showing signs of chronic stress.

Lastly, remember that animals are individuals. Just because a friend of yours was successful keeping two different species together will not automatically ensure you can replicate those results. Just like in fish keeping, there are guidelines as to who can live with whom, but you need to be prepared for the possibility of a peaceful animal being not so peaceful.

Some General Guidelines on Keeping Mixed Species in a Vivarium

Now that I’ve covered some of the possible problems you may run in to, I can give you what I consider to be sound guidelines on how you can be successful building mixed species vivaria. 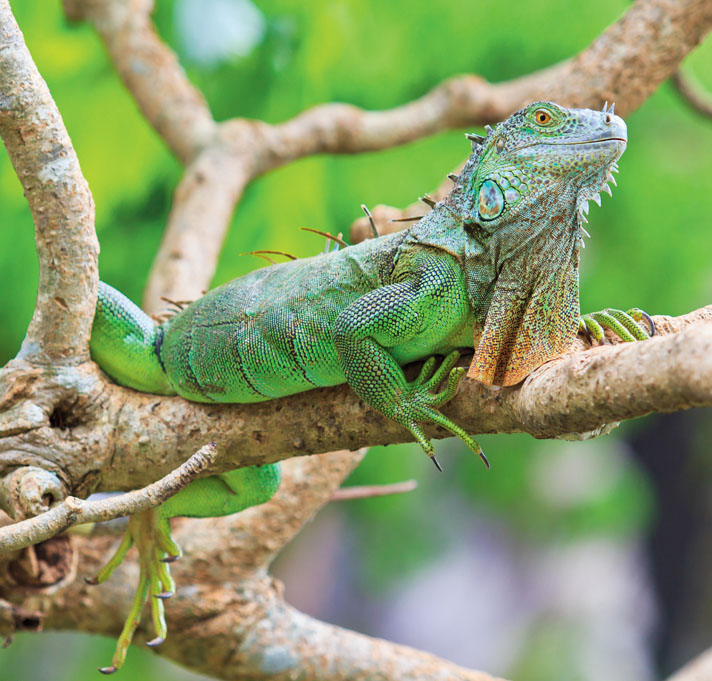 Green iguanas can be kept with ground-dwelling species, such as some tortoises.

How to Select Compatible Species 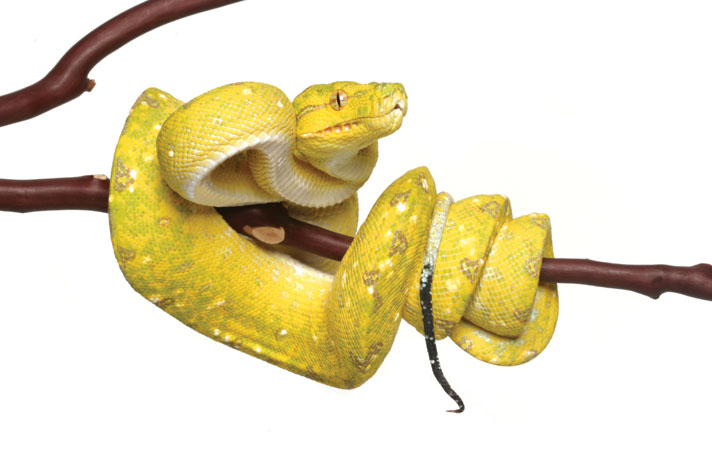 An arboreal snake, such as this green tree python could be kept with an aquatic animal that won’t compete for the branches in its large vivarium.

It is possible to mix species within a single vivarium, provided a lot of planning takes place when selecting species that could live together and a lot of attention is paid to creating a proper environment for all species involved, especially in regard to habitat type and enclosure size. The following are some examples of species that could potentially make good cagemates for one another. These are species that I have either mixed personally or have seen others do so successfully. I’ve broken them down by how they could be housed together, based upon the habitat they commonly inhabit: tropical rain forest, temperate woodland, desert, riparian/semi-aquatic  and tropical savanna. 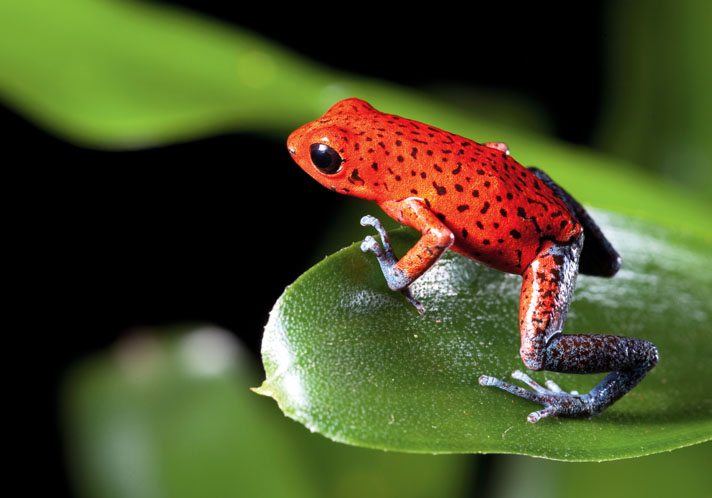 Certain poison frogs, such as those from the genera Phyllobates, Dendrobates, Adelphobates and Oophaga, can make suitable tank mates.

Characterized by warm temperatures (80-plus degrees Fahrenheit) during the day, high humidity and lush, plentiful foliage. This is the biome from which many herp species commonly found in the trade are naturally found. The following are types of mixed species situations that could work well with animals from this biome. 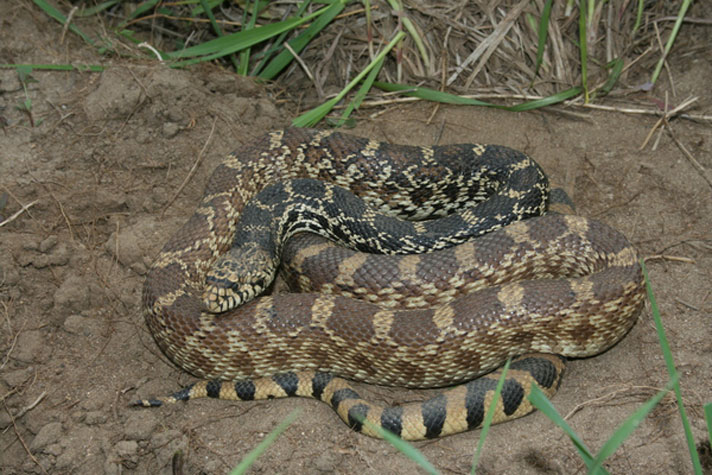 Bullsnakes could be kept with pine snakes or ratsnakes.

These are characterized as any sort of forested to semi-forested area located in a temperate zone. They frequently undergo extreme seasonal variations, and are the habitats of many commonly available herps. 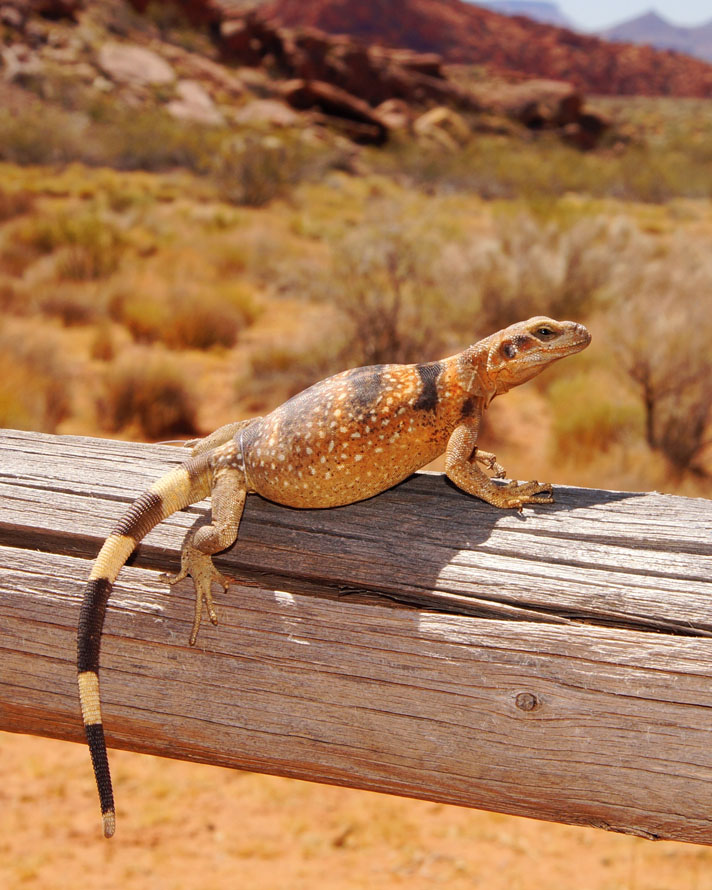 Chuckwallas could be kept with desert iguanas.

Hot during the day, cool at night with little annual rainfall, deserts are undoubtedly a rough place to carve out a living. Many herps do so in style, though. 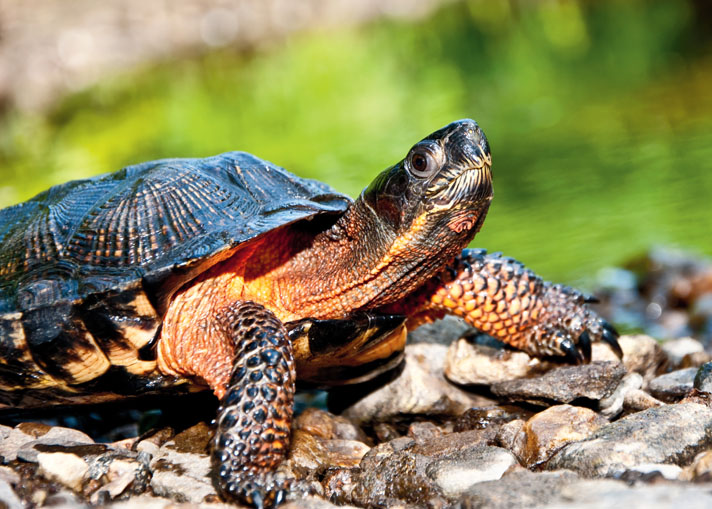 Wood turtles could be kept with spotted turtles.

Ah, the water’s edge. Typically a cornucopia of life, these habitats also provide many decent opportunities to safely mix species. Turtles certainly dominate this category. For all these recommendations, I suggest at least 4 square feet of space per animal, with a water depth of 1 foot.

There are quite a few herp species that inhabit tropical savanna—habitat that is too dry to be rain forest, but too wet and vegetated to be desert.

Obviously, these examples are nowhere near all inclusive of the possibilities out there. They are examples of mixed-species vivaria that I have either maintained personally in the past, currently, or successfully maintained by my colleagues at other zoological parks. They are also not lists of guaranteed success either; mixed-species vivaria always carry a certain degree of risk and should only be attempted after much thought and preparation is done on the part of the keeper to ensure a harmonious existence for all species involved.

Are You Ready for the Challenge?

Mixing species can be loaded with potential—potential for a rewarding vivarium or for disaster. How well your mixed-species enclosure turns out depends on how much time and effort you put into planning and setting it up, and how well you plan for unexpected outcomes, such as incompatible individuals.

Many hobbyists write off setting up such a vivarium based upon the potential for failure alone, which is perfectly reasonable. However, telling people to not mix species because it is “impossible” or “foolish” is simply inaccurate. Mixing species is by no means easy, and it is probably best left to the most experienced herpkeepers, as they will be more experienced in detecting abnormal behavior or correcting environmental problems such as low humidity or improper temperatures. That’s not to say novices can’t set up a successful mixed-species vivarium; I just recommend they get some experience under their belts first. I have found mixing species, and watching them interact as they would in nature, to be a reward as great as any in the hobby. Good luck!

Ashley Troy Quick is a 2006 graduate of West Virginia University with a B.S. in Animal and Veterinary Sciences. Since first breeding fire-bellied toads in 1992, he has kept and bred 76 species of herps, including tentacled snakes, Panamanian golden frogs, hellbenders and Uroplatus geckos. He lives in Wheeling, WV where he works as an animal keeper at Oglebay’s Good Zoo.