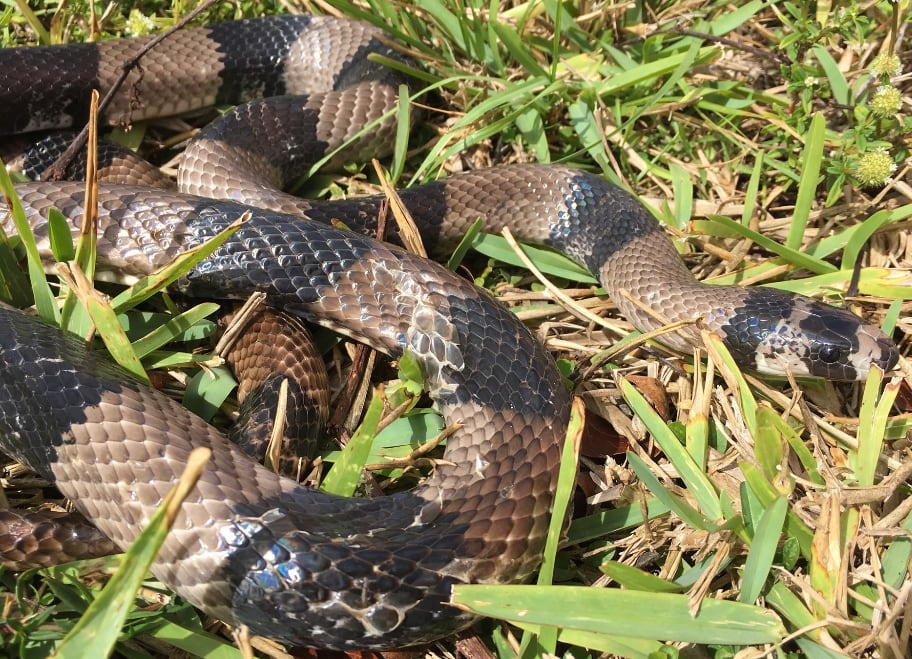 A Central American milksnake (Lampropeltis abnorma) was spotted in the Everglades National Park the week of February 25 and was safely captured by USGS biologist, Jillian Josimovich and biological science technician, Gretchen Anderson. The snake, which is popular amongst reptile keepers is believed to be a released pet, as no evidence of the species propagating in the park has been found.

“The collective efforts of the USGS, NPS, and park visitors led to this successful early detection and rapid response effort (EDRR),” the USGS said in a statement. “These efforts help prevent nonnative species from establishing and negatively impacting native ecosystems. The public can greatly help scientists and land managers by taking photos and reporting any sightings of unusual species to local authorities or the Early Detection and Distribution Mapping System http://ow.ly/RPGN50DJlv2 or the IveGot1 app.”

The snake was spotted by visitors on the Mahogany Hammock Trail, who alerted authorities.

“Pets released into the wild pose significant risks to our ecosystems,” the USGS said on its Facebook page. “Fortunately, many resources exist to help pet owners find alternative homes for pets if they can no longer care for them.” If you live in Florida and can no longer care for your pet snake and can’t find a suitable adopter, you can surrender your pet by calling (888-483-4681) or emailing petamnesty@myfwc.com.

Milksnakes are widely captive-bred in the United States and are a popular genus of snakes with reptile keepers, primarily due to their beautiful colorations and general peaceful demeanor.