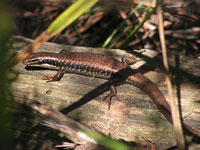 A study of an Australian lizard has shown that lizards are not slow learners as previously stated in older studies but can have have more rapid and flexible learning capabilities. Researchers at  Macquarie University in Australia conducted tests on the Eastern water skink (Eulamprus quoyii) in environments that more closely resembled their natural environments rather than in lab type settings. The lizards were given spatial tasks that made them learn and seek out safe havens in the test environments. In as little as one week, according to the study, 1/3 of the skinks learned spatial learning and spatial reversal tasks. According to the study, the skink's capability to act on information in its surroundings and change what they learn determines their capability to survive. 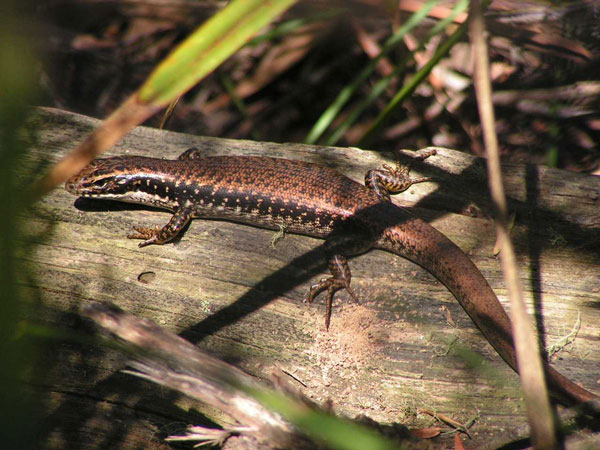 “Previous studies have reported that lizards require dozens of trials before learning a relatively simple spatial task if they learn at all. We found this wasn’t the case,” says lead researcher Daniel Noble, Macquarie University. “The idea that lizards and snakes have poor cognitive abilities has been spurred in part by the use of ecologically irrelevant tasks. We observed flexible spatial learning in water skinks by testing them under a biologically meaningful context and in semi-natural conditions. This learning may have been fast because of the diversity of available cues lizards could use to make associations with particular refuges. In contrast, laboratory experiments are often only interested in a subset of these cues, which may inhibit lizards from learning quickly ” says Noble.

Noble said that the results of the study make sense because lizards have to escape predators in the wild and this requires the knowledge of spatial locations of safe havens, and the capability to adjust the use of these havens as conditions change.

The Eastern water skink's habitat includes areas close to slow flowing creeks and estuaries. It can also be found in dry environments. It ranges from southern Victoria to central Queensland Australia.