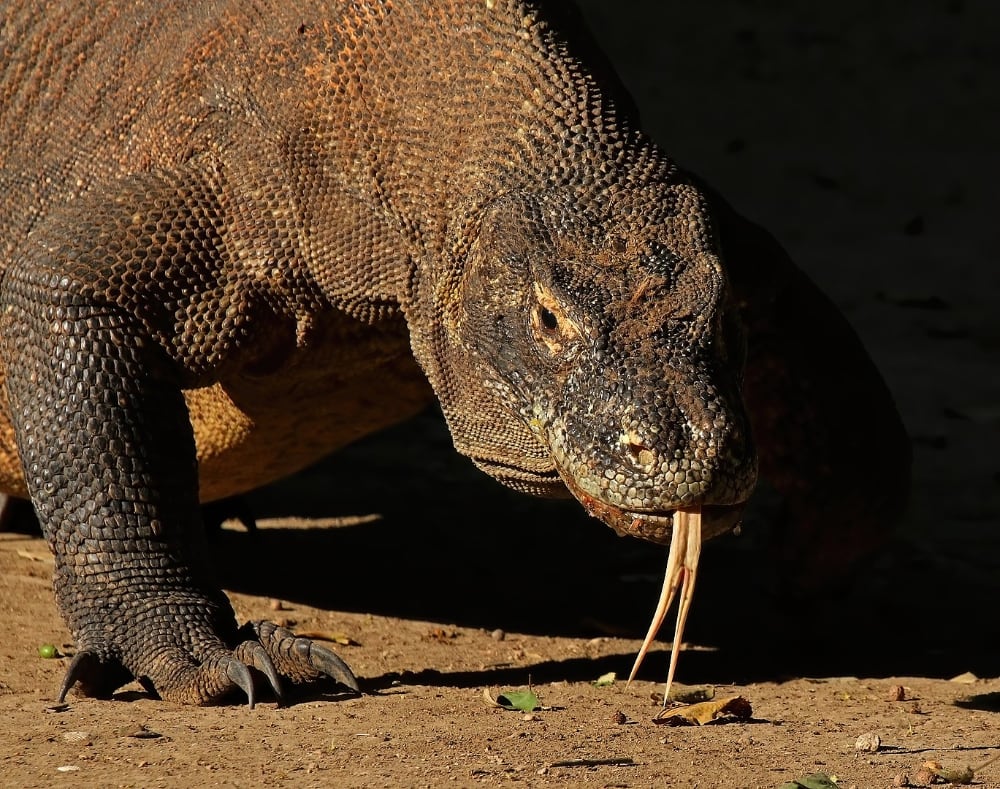 Komodo dragons (Varanus komodoensis), the largest lizards on the planet live on just a few islands in the Indonesian archipelago. There are only an es

Komodo dragons (Varanus komodoensis), the largest lizards on the planet live on just a few islands in the Indonesian archipelago. There are only an estimated 4,000 Komodo dragons left in the wild, and scientists say that they are threatened by global warming and the rise in sea levels that results due to warming of the planet.

Scientists with the University of Adelaide and Deakin University in Australia say the large lizards would benefit from new reserves in high-quality habitats that can sustain them. This, they say would lessen the effects of climate change on the reptiles.

“Climate change is likely to cause a sharp decline in the availability of habitat for Komodo dragons, severely reducing their abundance in a matter of decades,” Dr. Alice Jones of the University of Adelaide’s School of Biological Sciences, lead author of the study “Identifying island safe havens to prevent the extinction of the world’s largest lizard from global warming,” said in a statement released by the university. “Our models predict local extinction on three of the five island habitats where Komodo dragons are found today.”

The scientists worked in close coordination with the officials with the Komodo National Park and the Eastern Lesser Sunda Central Bureau for Conservation of Natural Resources. They believe that conservation practices should take into account the effects of climate change on species when decisions are being made.

“The severity and extent of human actions impacting Komodo dragon populations, especially on Flores Island, are only just being realised,” says co-author Deni Purwandana, Coordinator of the Komodo Survival Program.
“Having an insight into future impacts of climate change provides new possibilities to work with conservation agencies and local communities to find on-ground solutions that will limit climate and other threats to Komodo dragons and their habitats.”

Komodo dragons are the largest lizards in the world and are native to Indonesia. The lizard is a carnivore and in the wild has been documented taking down large deer. The reptile is an endangered species, with an estimated 2,500 to 4,000 lizards left in the wild, all living at Komodo National Park in Indonesia. The Komodo dragon is also potentially threatened by the invasive Asian common toad (Duttaphrynus melanostictus). This species has left a trail of dead native species wherever it has been introduced, according to a 2017 study of the toad. If the amphibian gains a foothold on any of the five islands where the Komodo dragon lives, it could come  result in population declines, as the toad is poisonous.

The complete paper, “Identifying island safe havens to prevent the extinction of the World’s largest lizard from global warming,” can be read on the Ecology and Evolution website.