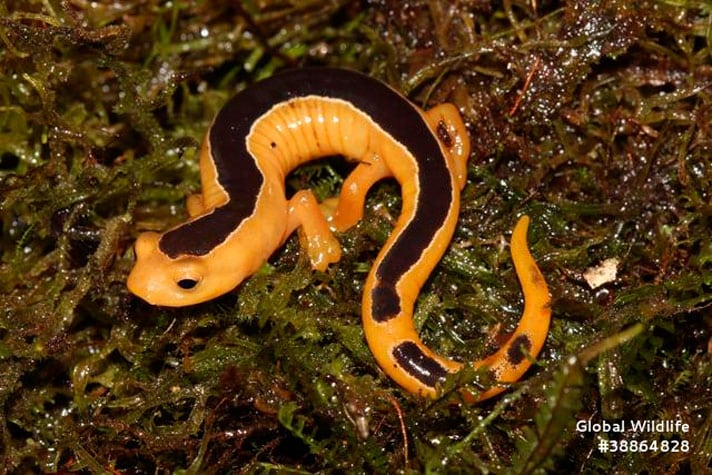 The Jackson’s climbing salamander (Bolitoglossa jacksoni) was discovered in 1975 and, until now, hasn't been seen since.

A strikingly colored salamander, which hasn’t been seen in the wild in 42 years, has been rediscovered just before an expedition was going to take place in search of it. 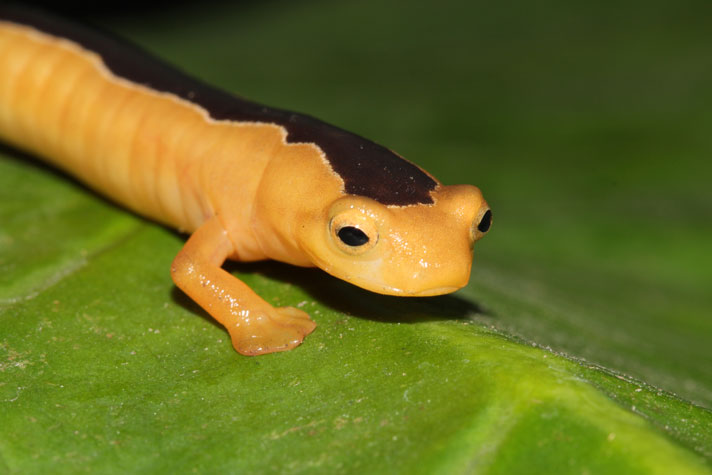 The Jackson’s climbing salamander (Bolitoglossa jacksoni) was discovered in 1975 and, until now, hasn't been seen since.

According to a press release put out by Global Wildlife, Ramos León, a guard at the Finca San Isidro Amphibian Reserve in Guatemala, discovered a juvenile Jackson’s climbing salamander (Bolitoglossa jacksoni) while out on patrol, 300 meters higher than when it was originally discovered in 1975. It is only the third such time that the species has ever been seen since its discovery in 1975. León sent a photograph of the amphibian to Carlos Vasquez, curator of herpetology at USAC University in Guatemala, who confirmed the species as the Jackson’s climbing salamander. 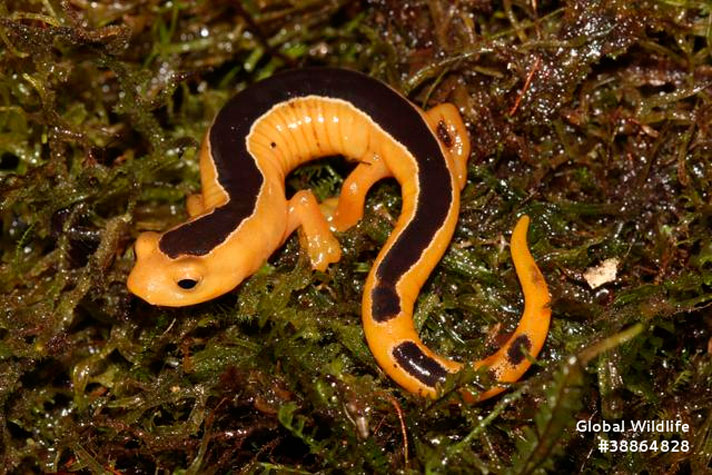 Ramos León, a guard at the Finca San Isidro Amphibian Reserve in Guatemala, discovered a juvenile Jackson’s climbing salamander while out on patrol.

Vasquez, who is also the coordinator of the amphibian conservation program at local NGO and GWC partner FUNDAECO, has been on more than 30 expeditions trying to find the amphibian without success, spending more than 3,000 hours searching for the elusive salamander. Vasquez even conducted a workshop with the reserve's guards in an effort to help identify the salamander, and his efforts have paid off with the discovery by León.

“I explained to them how important this species is and I left a poster there so they could see a picture of the Jackson’s climbing salamander every single day,” Vasquez said in the press release. “We had started to fear that the species was gone, and now it’s like it has come back from extinction. It’s a beautiful story, and marks a promised future for the conservation of this special region.” 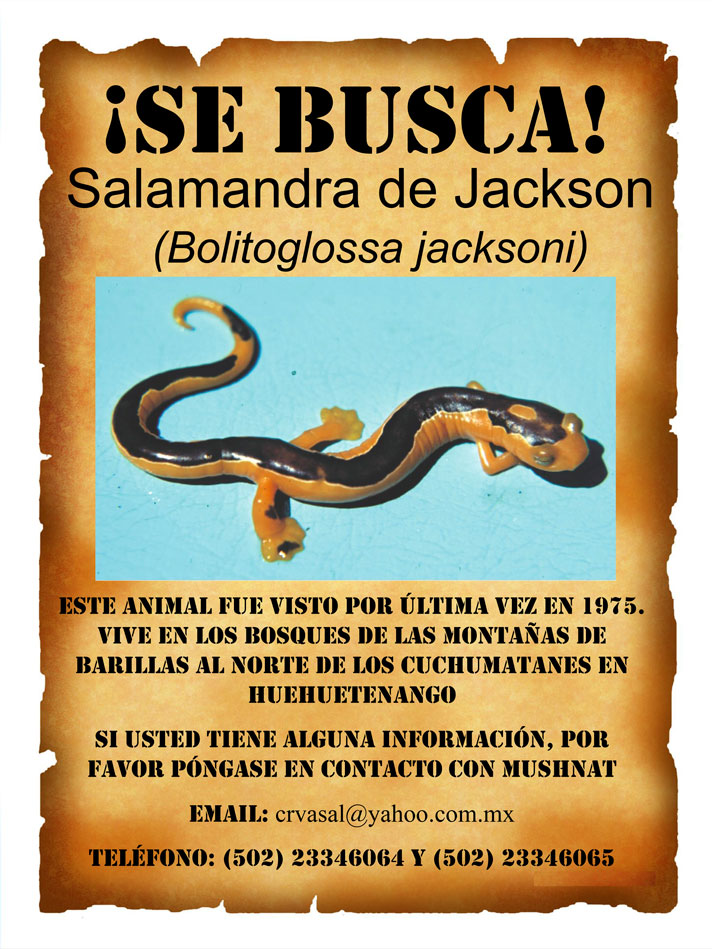 The poster which helped lead to the rediscovery of the Jackson's climbing salamander.

Vasquez and his team of researchers are examining where the salamander was found in an attempt to better understand its ecology and will look for more individuals in an attempt to assess its population.

Let’s hope that they find more salamanders in good health.