How To Find And Collect Swifts And Spiny Lizards

Komodo Island Will Be Restricted To Premium Tourists, Won’t Be Closed
Thorny Devil Lizard
More Than 600 Water Monitors Relocated After They Raided Fish Farms In Thailand

Until rather recently, the collecting of amphibians and reptiles for personal enjoyment was largely unregulated. However, as of 2012, many states have now enacted laws or regulations, or they are in the process of doing so. In scope, these restrictions vary widely from state to state, and they may pertain not only to the actual collecting of these animals but to their transportation across state lines. 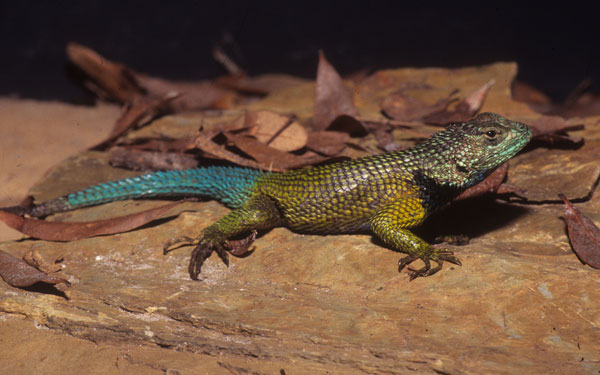 To learn of the legalities, it will be necessary to check with the non-game divisions of the regulatory agencies (usually the Department of Fish and Wildlife) in each of the states in which you hope to collect specimens or through which you intend to travel!

Once determining the legalities (no collecting in parks and wildlife refuges, for instance), there are several methods for actually catching the alert, fast and agile swifts and spiny lizards.

Firstly, if you have the time to sit and watch the lizards in the late afternoon, you may be able to learn where they spend the hours of darkness. If this is accessible you may be able to visit the spots after dark and catch the sleeping lizard by hand.

Secondly, when approached, some of the smaller arboreal forms may simply scurry around the trunk or limb on which they were resting. With a quick and careful peek to ascertain their position, followed by a gentle but firm slap, you may catch one.

Thirdly, with a lizard noose attached to a 6-or 8-foot-long pole, and a little practice and patience, you may succeed in capturing even a wary lizard. A noose can be easily made from a stick or a fishing pole (bamboo is ideal) to which a short noose of monofilament line or unwaxed dental floss is attached. One end is attached firmly to the pole tip, and the other forms a noose of about 6 to 10 inches in length that tightens easily. Because the spiny lizards and swifts are rough-scaled lizards, they are easily secured by a noose guided carefully over their head and tightened quickly around their neck. Once captured, to prevent injury or escape, they must be removed from the noose quickly.

Your method of approach is as important as your mastery of the noose or the quick slap, for if you can’t get close enough, you simply will have no hope of making a capture no matter your equipment. Rather than a straightforward approach, approach the lizard obliquely and do not make eye contact! Believe it or not, such a cautious approach will increase your chances of getting close enough to make a slap-grab or utilize the noose. If the lizard happens to be sunning on a boulder or stump along a roadway, and you can approach it by car in complete safety, it is often easy to noose them by extending your lizard noose through the open car window.