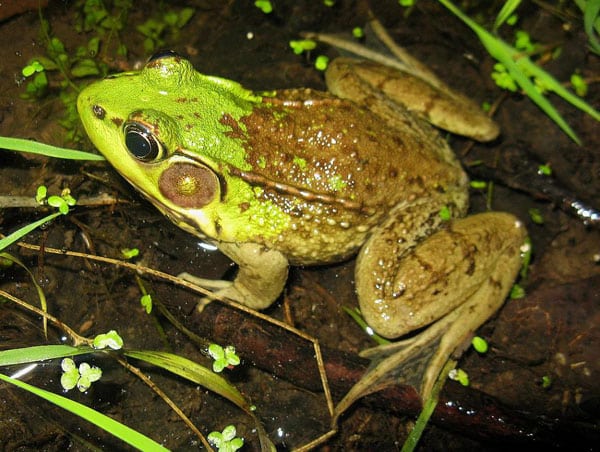 The changing color and patterns of the same species of frog is interesting.

The green frog (Rana clamitans) occupies a large range, covering practically the entire Eastern half of the United States as well as south east Canada including the Maritime.

These occupy just about every habitat known to frogs, and I have seen them from central Florida to Quebec, and am amazed by the variety this species tends to display. I have found the green frog in grassy meadows far from water, woodland areas, swamps, sphagnum bogs, cold mountain streams, farm ponds, raging rivers, lakes both large and small, springs and seeps, roadside ditches, rain-filled tractor tracks. . . and the list goes on.

Upon closer inspection it seems to be the males who prefer the still water habitats, and their explosive banjo-like call is a familiar summer sound from a cattail-lined shore or a reedy ditch. The green frog prefers to breed in still-water habitats, but I have observed them breeding in still backwaters of large rivers as well, while the females (when not gathered to breed) seem to prefer a slightly different habitat. 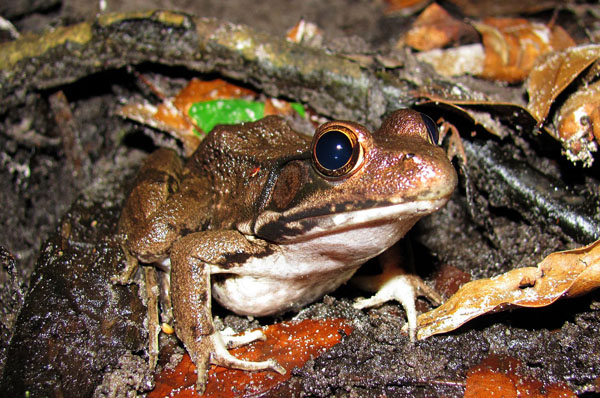 Colorations of the green frog vary by region.

The females seem to leave the breeding area soon after the eggs are laid and move to other areas often with flowing water, and streams seem to be popular for these, as well as small temporary woodland ponds, often where wood frogs (Rana sylvatica) bred earlier in the season. Perhaps they go to these areas to snatch the young wood frogs as they metamorphose and leave the water, since these are just about the right size to make a perfect meal, and there are usually a lot of them. 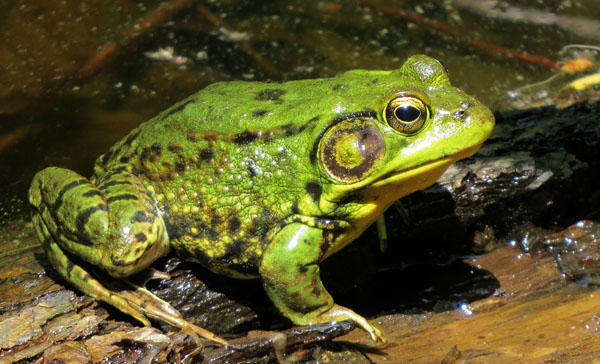 As the males remain at the breeding site, certain items surely eaten by them include dragonflies, as they exit water for the first time as larvae, as well as crayfish, among other small animal life that ventures pondward near them. 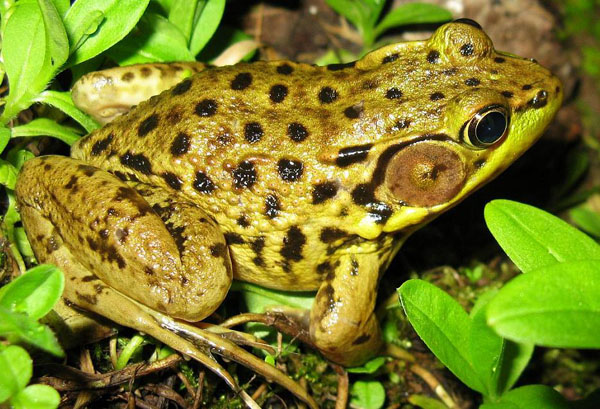 As you search for green frogs, many other frogs can also be found, since they occupy the habitat of practically all the others, and often outnumber the other species as well. These can be seen leaping alongside leopard frogs as you walk through a grassy field, and they share barren water-filled rock quarries shared by Fowler's toads (Bufo woodhousii fowleri) or the Gray treefrog (Hyla versicolor/chrysocelis), as well as (in the South), deep cypress bogs that border the large tea-colored rivers which contain many species, just to name a few habitats.

What I find most remarkable is the large variety of pattern seen on these, and starting deep in the South they seem to totally lack any green color, and spotted patterns are almost never seen. 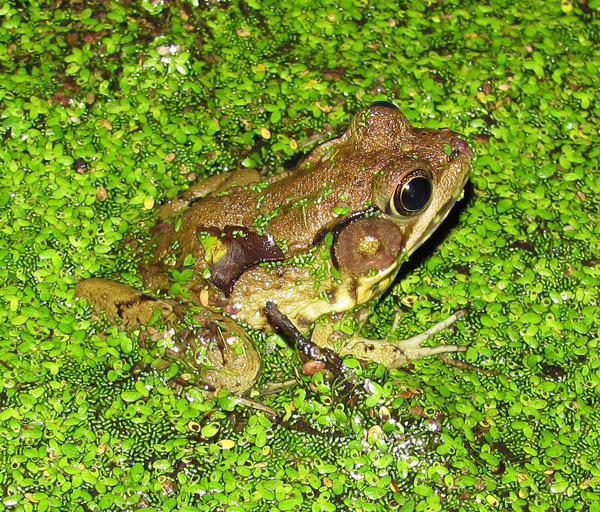 As you move north the pattern and color seem to change, and at a certain point the R. c. clamitans becomes the R. c. malanota, and just where this happens is a bit hard to tell, since the change happens rather slowly as you travel north, and the further north you go the greener (and larger) they seem to get.

It is in these middle regions the pattern can get quite confusing, since the "green" R. c. melanota can be seen along with the "brown" R. c. clamitans. These even seem to mimic other species with their pattern and color, such as the southern individuals lacking green to resemble the carpenter frog (Rana virgatipes) or the river frog (Rana heckscheri), and the ones from the central part of their range looking more like the bullfrog (Rana catesbeiana), and the ones from the far-North being very bright green to resemble the leopard frog (R. pipiens), and blotchy to resemble the mink frog (Rana septentrionalis). 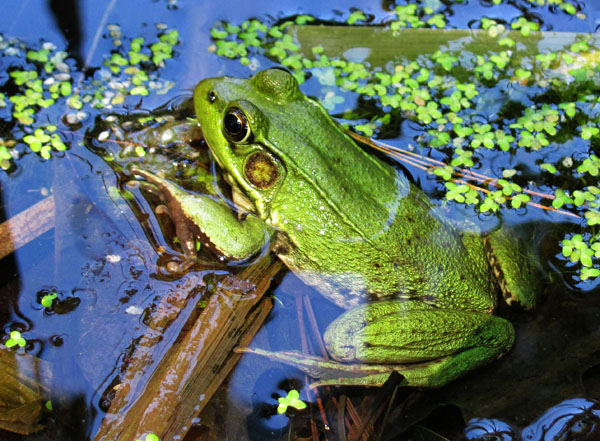 Some of the northern specimens are especially quite colorful, with a variety of interesting patterns. Since these are easily observed, they are not too shy when compared to other species. 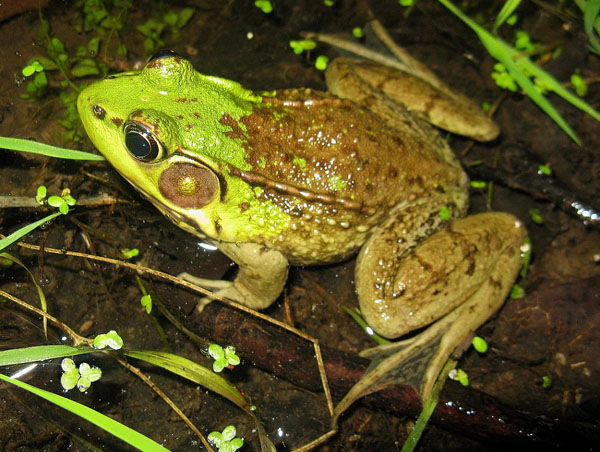 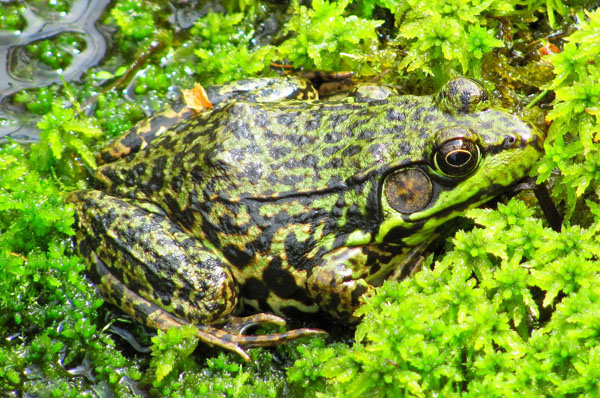 They are more active in the daytime and are well worth taking a look at the next time you're out herping, or just outdoors enjoying a warm summertime weekend.