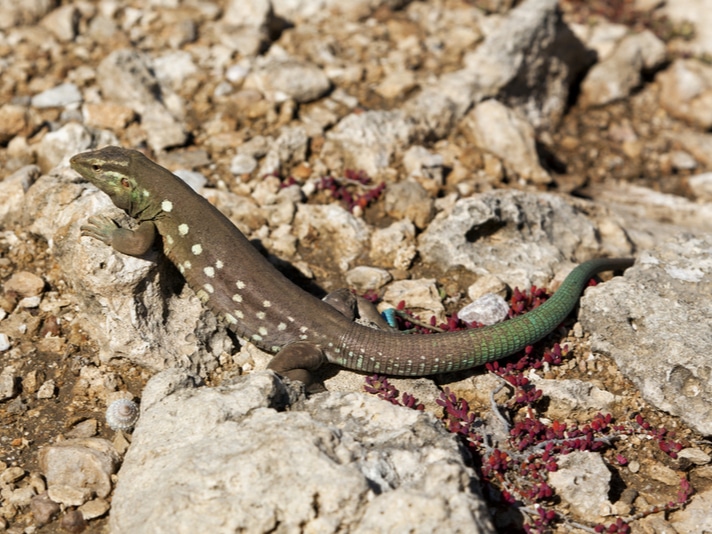 Herp Queries with Bill Love: Why No Whiptails?

Q:  Why is it I never see much about keeping whiptail lizards? Mark Spataro, Winter Park, Fla. A: The whiptails are largely ignored as

Why is it I never see much about keeping whiptail lizards?
Mark Spataro, Winter Park, Fla.

The whiptails are largely ignored as pets for a number of reasons, all of them valid because they epitomize what’s difficult about lizards in general. This does not mean they’re impossible to keep, but especially considering an appropriate group for the pet trade, they’re among the very worst.

The whiptails of the Americas and their close cousins, the ameivas, are fast on their feet. Right from the start, they’re hard to catch in the field, and thus, have always shown up infrequently even when wild-caught herps dominated the market. That gave few breeders access to healthy stock during the earlier days of herpetoculture, when everyone was choosing favorites to hone their skills in reproducing lizards in captivity.

When you do finally lay your hands on a whiptail, they’re squirmy little suckers and often retaliate with a bite before you can reposition your grip while avoiding breaking their tails. Most whiptails remain nervous in captivity, usually darting out of sight at the slightest disturbance, and often smashing into the cage glass and injuring their snouts in the process. With patience and gentle care, certain individuals can get over this tendency, but few novice keepers are adept at this kind of perseverance.

Next, whiptails of the genus Aspidoscelis (formerly Cnemidophorus) are extremely active and need to eat insects virtually every day to stay healthy. Providing a healthy diet of mixed kinds of bugs on a daily basis usually proves too much for new keepers, and without such dedication, these lizards tend to soon slip into poor health.

Lastly, the competition from all the other types of lizards that make more suitable pets has relegated the whiptails to a lower-level pet status. Hatchlings, too, even if they were captive bred in numbers, are tiny and delicate.
There’s likely just too much going against the whiptails to prevent them from ever making a big splash on the pet reptile scene.

Is it wrong to keep wild snakes nowadays? The chatter is running against it from almost everyone. It makes me feel guilty;  I’ve kept local snakes for over five years, so I’m not a gross amateur at doing it. There are so many interesting kinds that no one is working with.
Jay Fouchette, Baton Rouge, La.

The court of popular opinion has certainly turned against what was once the norm just a few decades ago. Let’s take a closer look at why.
Humans are blanketing the planet in our unrelenting population growth and demand for resources. We’re putting pressure on most other species—to the brink of extinction in many cases. That’s the general argument about why we should leave alone what remains wild and free. It’s true, but too oversimplified in that such an attitude ignores human nature. Unfortunately,  “all-or-nothing’”attitudes are easier to support because they don’t require deep thinking, which appeals to many of the inhabitants of today’s busy world.

Captive-bred herps dominate the mass pet market today, and, as a rule, they have a much higher survival rate, especially when they are kept by people new to the hobby.  There’s also no need to collect wild herps for newbies’ first-time pets anymore because there are oodles of captive-bred herps available today.  That’s a good thing, despite a few radical humane groups’ steadfast refusal to promote that fact. Once you recognize that they purposely try to keep you ignorant and fearful in order to continue bilking you out of donations that pay their leaders’ salaries, it neatly explains why they champion their positions on the subject.

As humans, we love variety and the chance to try new things. In the herp arena, this includes experimenting with figuring out the “recipes” to successfully maintain and propagate species not yet regularly bred in captivity. That’s good ol’ individualism at play—a trait that helped build this country, but which is now also under attack by those who would prefer you conform to their wishes. That goes against the basic nature of many people, and you’re apparently among them. Kudos to you!

There’s no right or wrong answer, just people’s opinions. You can follow the sheeple and avoid keeping any wild-caught herp, or go your own way and enjoy discovering new husbandry techniques for not-yet established species. Just be sure to choose herps that are not protected by current wildlife laws—valid or not, violating such laws could land you in trouble.