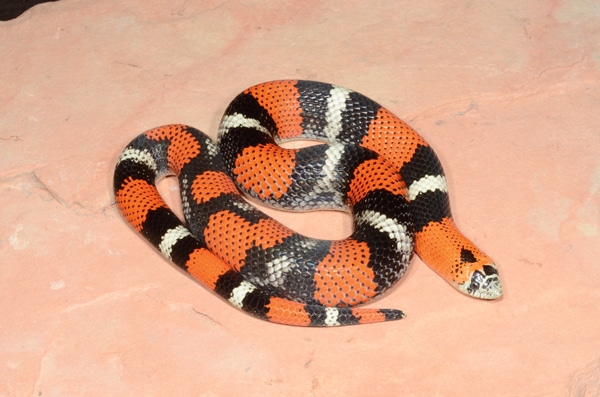 White Wonder Question: I know some snakes, such as speckled rattlesnakes, have some white coloration, and I know about leucistic mutations, bu

Cruising Roads And Looking For Reptiles
Woman Posts Photo Of Copperhead On Facebook After It Bit Her And Asks If It Is "Poisonous"
A Loggerhead Sea Turtle As Florida City Mayor? Why Not!

Question: I know some snakes, such as speckled rattlesnakes, have some white coloration, and I know about leucistic mutations, but are there any naturally occurring snakes that are solid white?
L.C. Carr, Sugarland, Texas 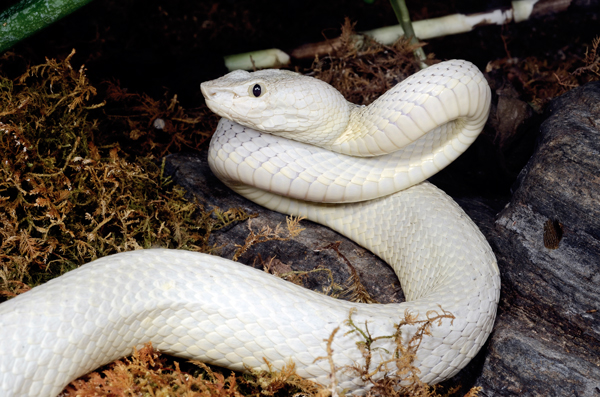 Answer:  The only “pure” white snake I’ve seen multiple examples of (proving it wasn’t just a singular freak) is a color variant of a viper called the Philippines palm viper. It was once considered a subspecies of the Asian species Trimeresurus flavomaculatus, but is now considered a full species, T. mcgregori. It was named to honor the man, a bird collector, who found the first one, and who also suffered the non-lethal bite from one.
This exquisite viper is a small (up to about 3 feet in length), insular species, an egg-layer that is endemic to the Batanes Islands, a tiny group of Philippine islands midway between the Philippines' Luzon island and Taiwan. It is among the most variably colored snakes in the world, and specimens I’ve seen range from dusky brown to yellow (with and without darker flecks) to pure white. Others sport green ground colors and red markings, although these may belong to the T. flavomaculatus group.

Rare in captivity, captive breeding of the Philippines palm viper has been sporadic at best. The species’ island home is reportedly difficult to access, affording the snakes some protection by virtue of that fact alone. Its native islands are now protected as a UNESCO Heritage Site, making it illegal to collect or export from the Philippines.

Question: What happened to those tricolor hognoses that used to be so common a decade ago? I haven’t seen any for sale at a reasonable price for years. Where are they from and why are the ones I do see so expensive now?
Xavier Jules, Mexico City, Mexico 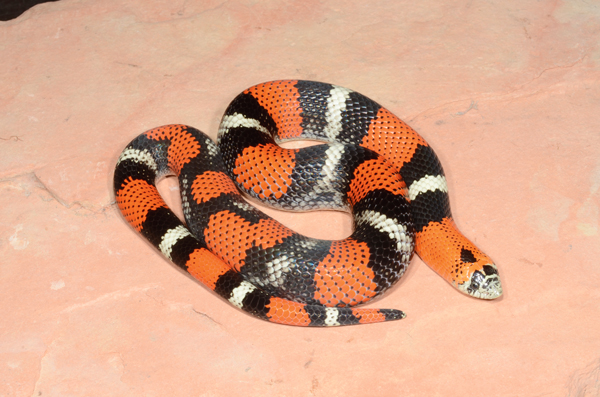 Waves of South American tricolor hognose snakes have been imported from their native Paraguay, Uruguay, Bolivia and northern Argentina for decades.

Answer: Waves of South American tricolor hognose snakes have been imported from their native Paraguay, Uruguay, Bolivia and northern Argentina for decades, so you’d think they’d be staples of herpetoculture by now. Such is definitely not yet the case, as the high price tags on the few that are offered indicates.

The first obstacle to getting these hognoses established has been their identification. Clear descriptions of the two species, Lystrophis pulcher and L. semicinctus, are largely based on their geographic range. This origin information was often lost in the importation process, however, which made using that data to nail down the exact species a moot point. It’s entirely possible, even likely, that animals of both species (assuming they actually are two distinct species) have been mixed in potential breeding colonies under the assumption that their varying appearances are simply individual variation. This may be part of the problem in pairing compatible specimens.

Some tricolor hogs remain starkly colorful like all hatchlings, while others darken with age to the point that the red may be virtually absent. An unwillingness to feed voluntarily coupled with suspected high parasite loads in wild specimens slowed early progress. Like Heterodon nasicus from the southwestern U.S., many tricolors accept rodents as food, although others remain stubborn feeders.

With importation of wild herps under huge pressures from world attitudes, you’d better acquire whatever specimens you can now, before the few remaining that are available climb even steeper in value.