A study published March 15 in the journal Global Ecology and Biogeography has determined that Marine Protected Areas, or MPAs have been keeping sea turtles who forage in the areas safe from external threats. The study, commissioned by Seaturtle.org and led by the University of Exeter in the U.K. says 35 percent of the world's green sea turtles (chelonia mydas) can be found foraging in MPAs. 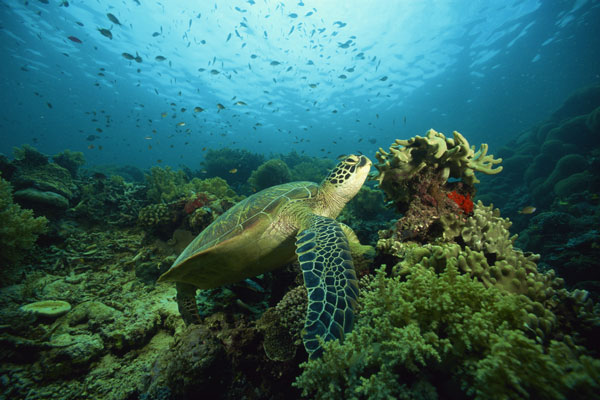 A study led by the University of Exeter in the U.K. has found that green sea turtles (Chelonia mydas) tend to forage in marine protected areas.

The study says these habitats, which are managed by governments and non-governmental organizations, are ideal areas as they are protected from such activities as fishing and development, which in turn provides abundant resources for the turtles to forage. The study relied on satellite tracking of 145 green sea turtles from 28 nesting sites to determine that the turtles travel thousands of miles from the areas in which they breed to their feeding grounds, of which 35 percent of the turtles were found feeding in designated MPAs.

Prof. Brendan Godley of the University of Exeter's Centre for Ecology and Conservation, said that even though some have questioned the value of MPAs, the study shows that sea turtles appear in these areas more than expected, and that the study provides ample evidence that marine protected areas are effective in providing safe foraging grounds for sea turtles and other large marine animals.