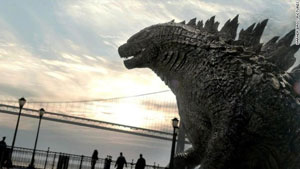 The king of all lizards has been let loose with the release of Godzilla.

Humans are Related to Reptiles, Study Says
140 Sand Lizards Released Into The Wild In The UK
Tuatara’s Two Sets Of Mitochondrial Genome May Help It Withstand Cold Temperatures Better

Motorist Ali Wunderman snapped the photos of the traffic sign and told the paper that she thought is was some sort of guerrilla marketing for Godzilla the move, which opened today to good reviews.

The 1990s version of Godzilla, directed by Roland Emmerich was commercially successful but widely panned by critics and Godzilla afficionados as being poorly written and worse, deviating from what Godzilla looked like when it was created by the Toho Company in 1954. 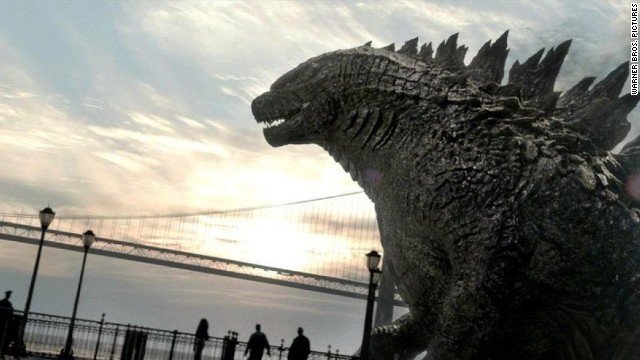 Godzilla about to wreak havoc in San Francisco.

So Godzilla opened today. Are you going to watch the big lizard on the big screen?