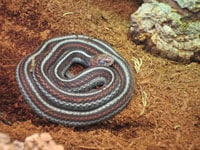 San Francisco Mayor Ed Lee has put a stop to turning Sharp Park over to the federal government by vetoing legislation that would have most likely turned the park and golf course back to its natural state. The San Francisco Board of Supervisors, voted 6-5 earlier this month to turn the park over to the federal government, two votes shy of overturning a veto by the mayor. The 400-acre course was built nearly 80 years ago on wetlands that is home to the California red-legged frog and San Francisco garter snake, both endandered species that inhabit the park. The supervisors were hoping that turning the land over to the federal government would have aided in restoring the park to its natural state, which would have helped both the frog and snake populations. 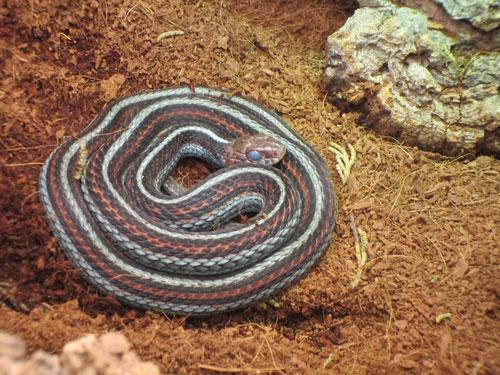 Photo credit: Save the Frogs

The San Francisco garter snake is an endangered species with an estimated 1,000 to 2,000 snakes left in the wild. It feeds primarily on the California red-legged frog. Both inhabit Sharp Park.

In vetoing the legislation, Mayor Lee cited skepticism to any federal money becoming available to turn the golf course into federal parkland.  "I believe in striving for an equilibrium between environmental and recreational needs," Lee wrote in his veto letter to the board of supervisors.

City park officials have come up with a plan to protect both the California red-legged frog and San Francisco garter snake while retaining the 18 hole golf course by reconfiguring three holes and restoring the wetlands. The estimated cost to tweak the golf course is $5 million. The golf course is in San Mateo County but is managed by the city of San Francisco. In its current state, it is reported to operate at a loss of $100,000 a year. The city is currently working to restore 19 acres of habitat, according to a report in the San Francisco Examiner, and is working with San Mateo County officials to come up with a management plan for the park.

The San Francisco garter snake (Thamnophis sirtalis tetrataenia) was placed on the Endangered Species list in 1967. It has been estimated that only 1000 to 2000 adult snakes remain in the wild. It feeds primarily on the California red-legged frog and can be found in densely vegetated bodies of water that has ample areas for basking.