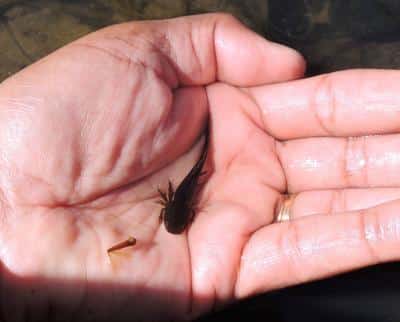 When exposed to picaridin in environmentally relevant concentrations, larval salamanders had a high mortality rate.

A study published in the journal Biology Letters says that insect repellents that contain the ingredient picaridin can be deadly to larval salamanders.

Researcher Emma Rosi with the Cary Institute of Ecosystem Studies said in the study that the use of insect repellents to ward off mosquitos is growing worldwide, and the chemicals from these repellents often get into the waterways, negatively impacting the amphibians. 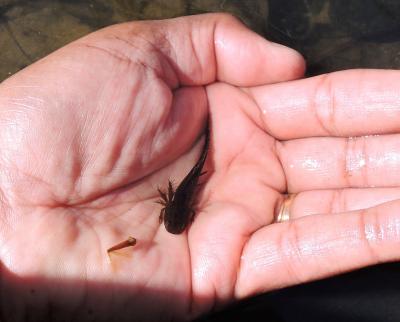 When exposed to picaridin in environmentally relevant concentrations, larval salamanders had a high mortality rate.

"Use of insect repellents is on the rise globally,” Rosi said in a press release last month. “Chemicals in repellents enter aquatic ecosystems through sewage effluent and are now common in surface waters. We set out to understand the impact of repellent pollution on both larval mosquitoes and the larval salamanders that prey on them."

Salamander Diversity Of The United States

Rosi and disease ecologist Barbara Han, co-author of the study, exposed both mosquito larvae and newly hatched larval salamanders to the same mosquito repellent that can be purchased in stores for consumer use. The exposure had no effect on the mosquitos and they matured without incident. The larval salamanders, however, showed impaired development, such as tail deformities, just four days after exposure. By day 25, 45 to 65 percent of the exposed salamander larvae had perished.

"Our findings demonstrate that larval salamanders suffer severe mortality and developmental deformities when exposed to environmentally relevant concentrations of commercially available repellent containing the active ingredient picaridin,“ Han said in the statement. "The expediency of salamander mortality was disconcerting. When studying the effects of a chemical on an amphibian, we usually look for a suite of abnormalities. We couldn't collect these data because the salamanders died so quickly."

The researchers note that because insect repellents are generally of seasonal use, the entrance of the chemicals into the waterways during a sensitive life stage of the salamanders could cause entire groups to die off for that year without the chance for recovery until the next year.

"The effects of repellents containing DEET and picaridin need to be studied further to determine the extent to which these chemicals disrupt aquatic ecosystems and potentially increase mosquito-borne disease risk worldwide,” lead author Rafael Almeida, a postdoctoral researcher at Cornell University said in the statement.  "The amount of repellents entering waterways peaks seasonally. If amphibians are exposed during a sensitive life stage, entire cohorts could perish. The population would not have a chance to recover until the following year. Meanwhile, mosquitoes would continue to reproduce. It suggests a negative feedback loop."