Five sailfin lizards (Hydrosaurus pustulatus), also known as sailfin dragons, were returned to the Philippines from Hong Kong after a trial ended in the conviction of a Chinese smuggler who was caught with the animals earlier this year at Hong Kong International Airport. 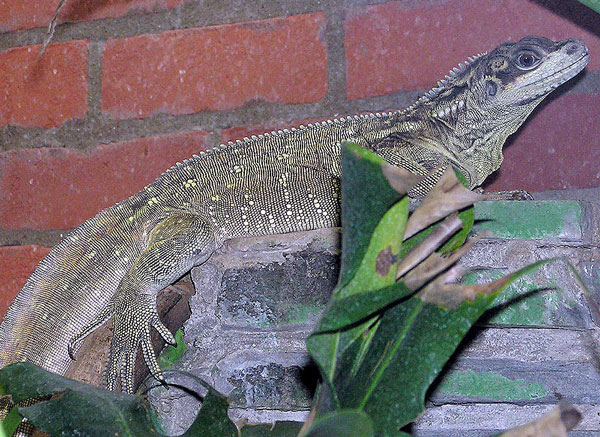 According to a report in the Philippine Star, the smuggler, Zhang Wenwei was convicted in a Hong Kong court of the charges of cruelty to animals and the illegal importation of species under the Convention on International Trade in Endangered Species of Wild Fauna and Flora (CITES). In addition to the sailfin lizards, Zhang also had in his possession 18 pond turtles and 13 Asian box turtles that were also returned to the Philippines.

Hydrosaurus pustulatus were exported from the Philippines in the late 1980s and early 1990s but that has since stopped when the country decided to protect the lizards. Indonesia is now the primary country in which these lizards come from. The lizard can grow to more than 4 feet in length with females usually smaller than males. They weigh up to 5 pounds and can live more than 20 years. They are listed on IUCN as vulnerable with the main threats being habitat loss by legal and illegal logging in the Philippines as well as the illegal pet trade.