A fire in Brighton, Colo., has destroyed the home of the Lynn and Ken Kubic, owner of Jurassic Pets in Thornton and BoasandBalls.com, but thankfully the family of seven made it out ok, as did most of the family's more than 1,000 reptiles that make up part of the business that is run out of the home.

According to the Denver Post, the fire started in the home's garage and quickly spread through the house. The firefighters apparently had a difficult time putting the fire out due to lack of water in the neighborhood and relied on water tenders to bring water from another neighborhood to fight the fire, which took about 90 minutes to put out. 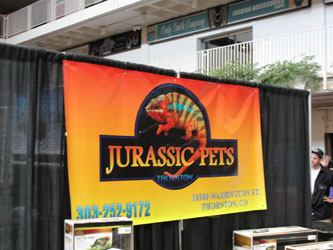 While most of the reptiles were saved, the family fears that it lost five dogs, four birds, and 10 sugar gliders, the report said. The owners are breeders of ball pythons, boa constrictors, tortoises, and lizards and have been breeding boa constrictors since 1985, according to the company's website.