Anolis carolinensis has already wreaked havoc on nearby Chichijima and Hahajima islands.

Four Carolina anole (Anolis carolinensis) lizards have been discovered on Anijima Island in Japan, a small island in the Ogasawara island chain south of Tokyo. According to the Japan Daily Press, the lizard, which is native to the Southeastern United States as well as some islands in the Caribbean, has already established a foothold on nearby Chichijima and Hahajima islands where they were first documented in the 1960s. Japanese authorities believe that there are millions of these small 5 to 8 inch lizards on the Ogasawara Islands, which was recognized as a UNESCO World Heritage site in 2011. This invasive species can potentially wreak havoc on the island due to their fast reproduction rates as well as their propensity to quickly decimate local insect populations. Japanese authorities are unsure how the anole arrived on Anijima but are looking into how to prevent their spread on the island. 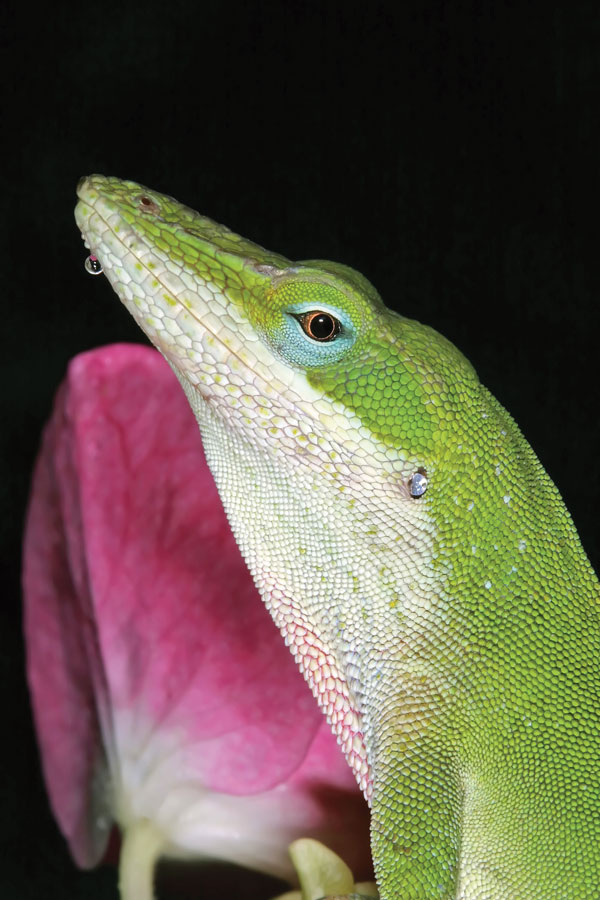 The Carolina anole, also known by its more common name the green anole or American anole, is a small lizard that is often one of the first reptiles chosen among budding reptile enthusiasts. It is a small lizard, with males growing to about six inches in length, including the tail. It is native to the southeastern states in America, from Florida and Georgia to Texas. It is also found in the Caribbean and has been introduced to the Hawaiian Islands as well as Chichijima and Hahajima islands in Japan. They are often called chameleons due to their capability to change colors from green to brown, but they are more closely related to lizards of the family Iguanidae and are not true chameleons.

The Ogasawara island chain is comprised of 30 tropical and subtropical islands approximately 1,000 kilometers south of Tokyo Japan. Often called the Galapagos of the Orient, the Ogasawaras  have been fairly isolated since their birth, and it takes approximately 25 hours by boat to get to the islands from Tokyo Bay.