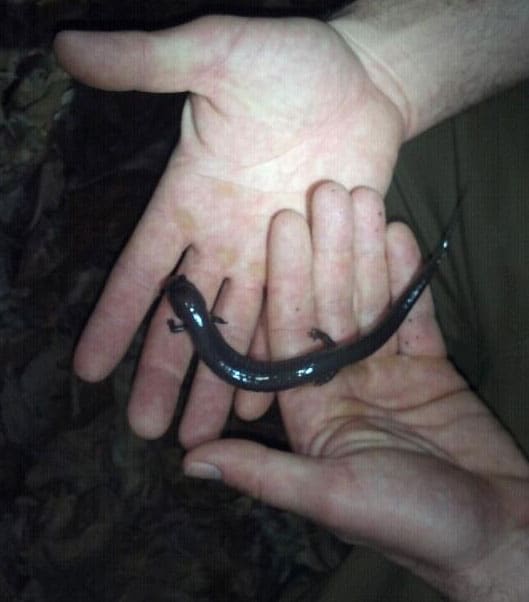 In the world of reptile and amphibian field research, looking for salamanders can be fun and rewarding, but doesn’t immediately come to mind as

In the world of reptile and amphibian field research, looking for salamanders can be fun and rewarding, but doesn’t immediately come to mind as a grand adventure. For a real herpetofaunal adventure most people would imagine wrestling alligators in Louisiana, wrangling rattlesnakes in Arizona, or even pestering pesky pythons in Florida. For several years during graduate school I had the opportunity to work with one of the strangest and rarest salamanders on the planet, Phaeognathus hubrichti, the Red Hills salamander. It was one of the toughest and most fun adventures I’ve ever had, and it turned out to be one of the most worth-while. 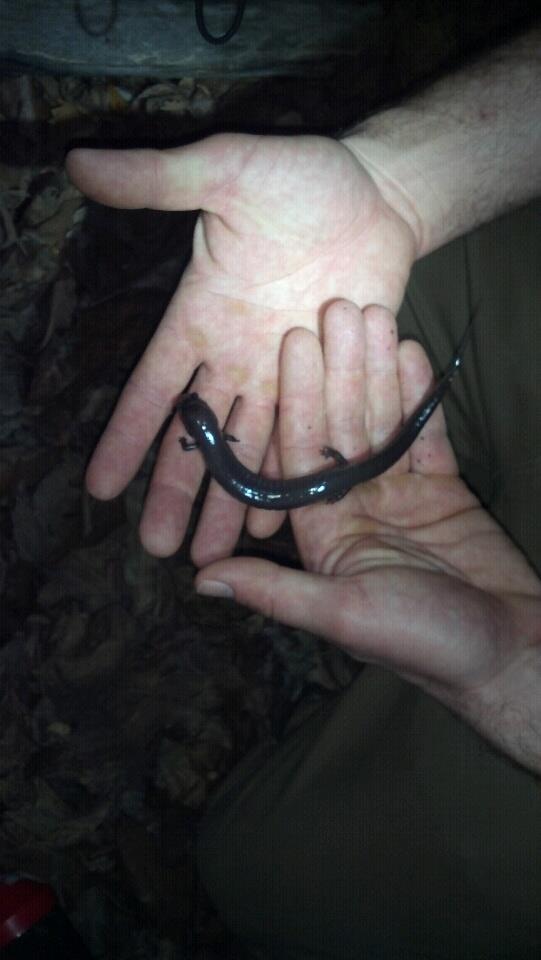 First, a little about the enigmatic endemic, which is only found in the Red Hills region of Alabama between the Conecuh and Alabama Rivers. Their fragmented range exists in six counties. They have been adopted as the Alabama state amphibian. The United States Department of Fish and Wildlife lists them officially as threatened. So they are protected by both the state and federal governments. Adults can reach a length of more than 10 inches and have been recorded living more than 35 years.

With its massive size you would think the animal would have been known and studied for centuries, but the first one wasn’t described until 1960. It wasn’t until several years after the first specimen was found that another one was found. The reason for the rarity and driving force for the adventure is the unique habitat.

These slimy little beasts live in holes they burrow into the side of steep hills with a very specific soil type. Still not impressed? Here comes the adventure part! To catch them I had to rappel down a cliff while carrying enough gear to build a space station, though it would have been tough to do considering the wicked heat and humidity. Oh, and the salamanders are nocturnal, which means I got to do all that in the middle of the night, while being hunted by a roving pack of swamp apes. I may have exaggerated about the swamp apes, but maybe not. It was dark. Anything could have been out there. 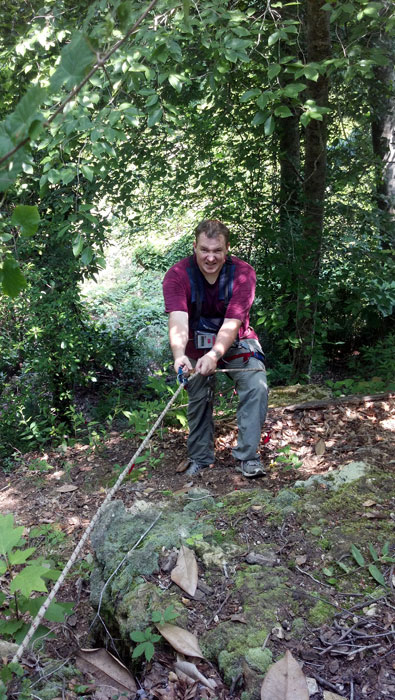 Mike Wines risks life and limb and rappels down a steep cliff to find the red hills salamander.

But wait! There’s more! The amphibians sit looking out the opening of their burrows for a flavorful bug to walk by. Then they grab it, very rarely leaving the protection of their burrows. So while dangling on the side of a cliff from a rope, covered in gear, at night, the little salamanders didn’t just hop into my hand. I had to literally fish them out of the burrows with a cricket on a hook. Do you have any idea how hard it is to bait a hook with sweat in your eyes, and swamp apes nipping at your heels!? It’s tough. The greatest part came when I lured them out. The salamanders would attempt to eat anything that moved, which made for good fishing. I even had one grab my pinky finger once. So after they grabbed the hook, I pulled the wriggling critters out of their burrow, being careful not to injure or drop them. 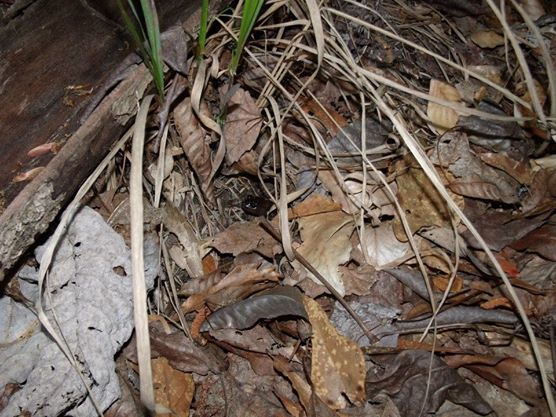 look closely and you can see the red hills salamander peeking out of its burrow.

Once caught, I had to take a GPS point, mark the burrow with a numbered flag, and scan the salamander for a PIT identification tag (the same type your veterinarian puts under the skin of your dog or cat). If the salamander had a tag, I recorded the number along with the burrow number and put the salamander back after a few easy measurements, including weight and length. If it had never been caught, I took it back to the lab at the university to put a PIT tag under its skin, took measurements, genetic samples, and recorded the sex with the help of a project veterinarian. Then I took the salamander back to the exact burrow.

So you might be asking, what is the point of all this? Why all the measurements and tagging? There is very little known about these animals. We are starting from scratch. They don’t much act like any of their closely related kin. In fact, the genus Phaeognathus only has the one single member. We need to learn how they migrate, breed, burrow, interact with one another, interact with predators and prey, basically everything in an effort to preserve and protect them. They already face threats including habitat destruction and fragmentation.

I probably have an audience here that is generally in favor of saving the Red Hills salamander, but perhaps some of you may be asking yourselves, why bother? Why does the world need this weird little amphibian and why should we go to all the trouble to preserve it? E. O. Wilson (one of my scientific heroes even though he studied ants and not reptiles or amphibians) said it best, I think. “We should preserve every scrap of biodiversity as priceless while we learn to use it and come to understand what it means to humanity.” Basically, we don’t yet know how important they are. Perhaps they are the primary predator for an insect which if not kept in check carries a virus that kills swamp apes. What would we do without swamp apes!?

Seriously, though. No one knows how important the niche is that they fill because we just realized the niche exists. The Red Hills salamander does have a few things going for it, however. First and foremost is the handful of die-hard herpetologists that have been working with the species for the last few decades. I was lucky enough to learn from some of the best (and am still learning). Someone had to figure out where they were, what they were, and how to catch them. That same small group of people has been fighting to keep the populations protected. The state and federal governments have shown support as well. I even had a higher-up from the Alabama Department of Transportation come out to view a population once where they were considering widening a road. After much debate from logging companies and a few fearless herpetologists, they decided against widening the road where it would impact one of the larger populations. It may seem like a small victory but with such a minute population, it could go a long way in preserving the salamander.

Michael P. Wines is an author, woodworker, and herpetologist focusing on Eastern Indigo Snakes (Drymarchon couperi). He is a reptile keeper at the Turtle Back Zoo in West Orange, New Jersey. If you enjoy his writing, his first kid’s novel, Stupid Alabama, was published by Ardent Writer Press and he desperately wants you to buy it. It can be found on Amazon.com.