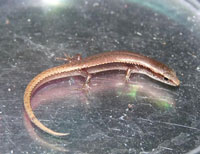 Three female orange-tailed skinks that were rescued off Flat Island in Mauritius have been successfully breeding since their arrival a year ago at the Durrell Wildlife Conservation Trust in Jersey, United Kingdom. According to the trust, the three skinks have produced 16 juveniles with four eggs currently incubating. The skinks have small clutches, averaging just two eggs. The trust brought 22 skinks, 19 of which were males to Durrell a year ago in an effort to bolster their numbers. To get the skinks to breed, their habitat is designed to mimic the wet and hot rainy season in which they are accustomed to. At the end of this year, the herpetologists will create another hot and rainy environment to start the breeding process again. By that time, more skinks will have reached maturity and will hopefully start breeding as well. 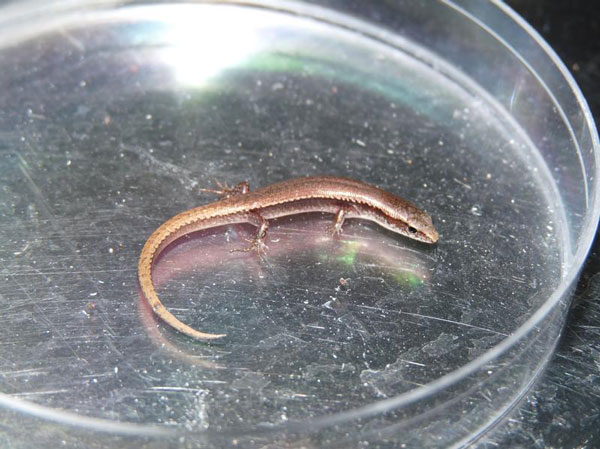 “These three orange-tailed skinks have gone above and beyond our expectations for them since they arrived at Durrell a year ago and started breeding in March," Matt Goetz, head of Durrell’s Herpetology Department said in a prepared statement. "When they were rescued from Flat Island in Mauritius following the invasion of the predatory Indian musk shrew, we knew that a safety net population elsewhere was going to be essential as their numbers were critically low. But even in our wildest dreams, we couldn’t have hoped that the females would get off to such a flying start. They are clearly happy and healthy, and we are delighted that population numbers of the orange-tailed skink in Jersey are increasing so rapidly.”

In 2008, the trust, the Mauritian Wildlife Foundation and the Mauritius National Parks and Conservation Service removed 82 of the skinks from Flat Island due to the invasive Indian musk shrew and relocated them to Gunner’s Quoin, a Mauritian nature reserve. In 2010, 390 more skinks were also relocated to Gunner's Quoin.

The orange-tailed skink was discovered in 1995 and has not yet been fully described. It does not yet have a scientific name. Scientific American reports that it has a temporary name, Gonglyomorphus c.f. fontenayi, due to its close resemblance to the Macchabe skink (G. fontenayi).