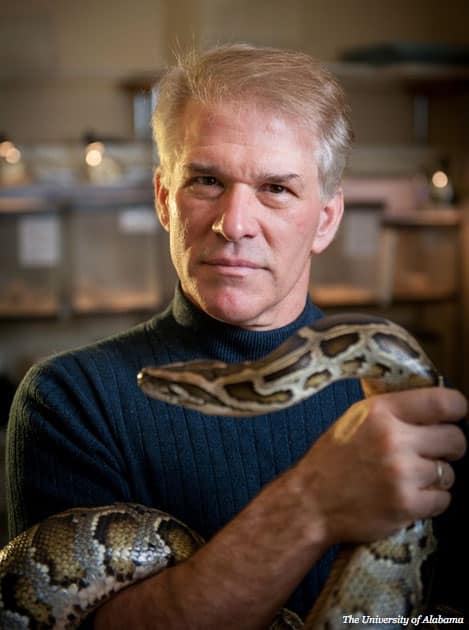 Dr. Stephen Secor of the University of Alabama, a biology professor who studies the physiology and digestion of large constricting snakes, was approac

Dr. Stephen Secor of the University of Alabama, a biology professor who studies the physiology and digestion of large constricting snakes, was approached by Discovery Channel producers to act as a scientific adviser to “Eaten Alive,” the cable channel’s latest Shock and Awe programming that has been widely ridiculed in the media for its absurdity and potential harm to the snake. He declined, telling Business Insider that he would help them to develop a show that would be based on science and would be a fascinating learning experience for viewers of the Discovery Channel, just like in the old days when Discovery Channel was relevant and was about real science, but he says the producers weren’t interested. 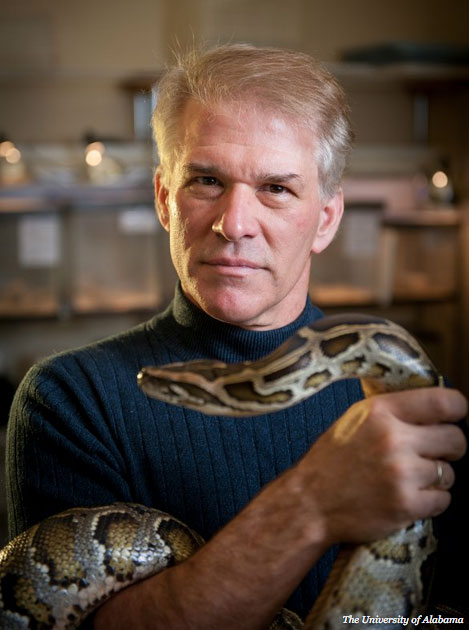 Dr. Stephen Secor of the University of Alabama refused to lend his name on "Eaten Alive" calling it a stunt.

Secor wrote on the Change.org petition site (Where there is a petition trying to stop the show from airing, you can sign it here) that he spoke with the producers offering to help them produce a sound show scientifically but they chose to go with an “amateur naturalist and a show based on a stunt.” He told Business Insider that he explained to the producers that the show would damage the perception that people have of large constricting snakes as well as the work of real scientists.

Secor told the producers that there has been some real breakthroughs over the course of the last several decades with regard to the physiology of large constricting snakes and human medicine, and these issues could have been highlighted on the show, but the producers were not interested. He also told the producers that if the snake tried to swallow the amateur naturalist during the course of the filming, the anaconda’s esophagus would be stretched to the point that it could easily tear.

If you look at the ridiculous space suit that the amateur is wearing, it is clear that the snake would harm itself trying to swallow it, let alone a human not wearing such a contraption. Imagine if the snake succeeded in swallowing the man in the space suit, and then they use the so-called retrieval cord to pull him back out, what kind of damage that would cause the reptile? Secor was correct in declining to lend his name to the stunt, obviously in an effort for the show to garner some semblance of scientific credibility.  Secor’s credibility will remain intact, but what of the credibility of the amateur naturalist, Paul Rosolie? Make a comment below if you are interested.