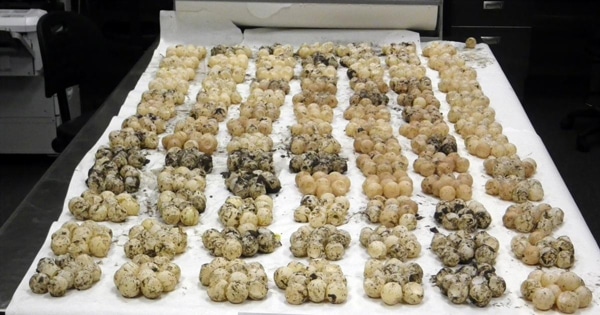 More than 900 eggs were seized by the U.S. Fish and Wildlife Service in November 2014.

A couple in Southern California have pled guilty to smuggling sea turtle eggs into the United States from Mexico and could face up to 50 years in prison for the crime. 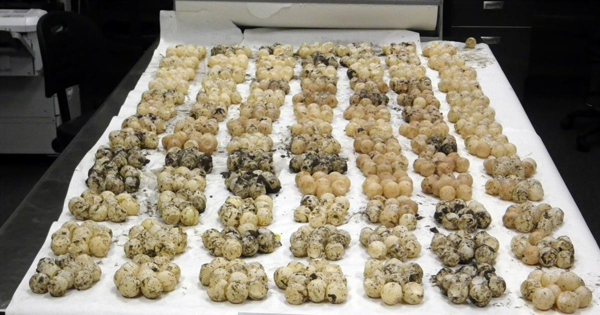 The eggs were stolen from olive ridley and Kemp's ridley sea turtle nests in Mexico.

The couple, Jose and Olga Jimenez of Hemet, Calif. entered their please in the U.S. District Court in San Diego. They were caught in 2014 attempting to smuggle more than 900 sea turtle eggs from Mexico into the United States by hiding the contraband in coolers under layers of ice, fish and shrimp, according to the Los Angeles Times.

The couple traveled by bus from Nayarit, Mexico to Tijuana, where they were transferred to a pickup truck and taken across the border into the United States.

The couple also agreed to forfeit the eggs and pay $9,000 restitution to the Mexican government. The eggs were stolen from olive Ridley and Kemp’s Ridley sea turtle nests. These turtles are endangered both in the United States under the Endangered Species Act and in Mexico under the Convention on International Trade in Endangered Species.

According to prosecutors, the sea turtle eggs are considered a delicacy and aphrodisiac in China, where they can fetch upwards of $300 each.