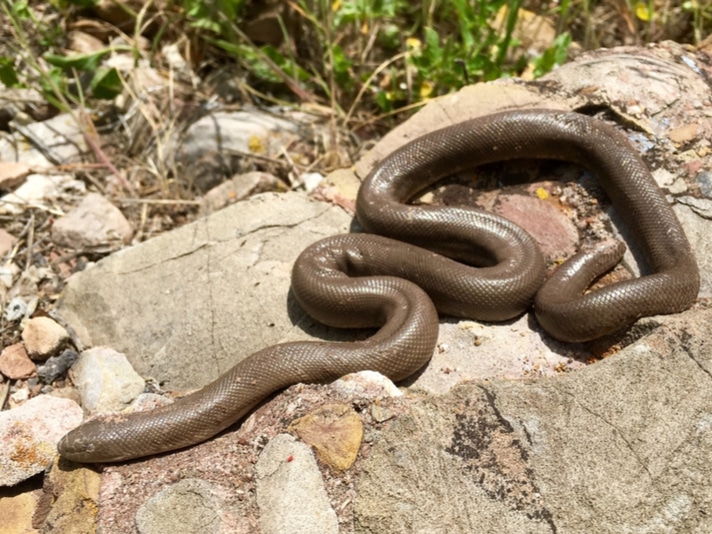 Like many boa species, rubber boas' reproductive strategy is a "capital" strategy – meaning that in order to breed in the spring, they need have built up sufficient fat stores ahead of time. Females will develop ova in the late summer and early fall if they have acquired sufficient size and weight. Although breeding is possible for small females of less than 120 grams, for average to larger females, a weight of 130 to 150 grams or greater is likely to be the norm by late summer and early fall prior to the following spring breeding season.

In the wild, male rubber boas routinely emerge from brumation one to two months prior to females.  During this time, males warm themselves on sunny days under rocks or vegetation. To emulate this in preparation for breeding in captivity, warming males a few weeks prior to females would be advisable, although, it is possible to be successful without doing so.

Once females are warmed feed them heavily, for once they ovulate, the majority of them will fast until parturition.  Except for when feeding, it is best to keep the male and female together to ensure peak breeding timing is not missed. Cohabitate them until there appears no more interest in breeding.

Provide the female a warm basking spot approximately 83 degrees (no higher than the upper 80s). I have successfully produced babies providing this warm spot 24 hours a day, and, to more closely emulate wild conditions, 12 on and 12 off.  Both sets of circumstances seemed to work fine.

Two to eight babies will be born approximately 90-110 days after ovulation depending on temperature and the gestation regime used. Newborn boas take from 1-3 weeks to shed depending on temperature. If after shedding the young will not take meals, as is common, then the babies should be cooled and cycled through a brumation period to attempt feeding trials the following spring.

Written by Ryan Hoyer, with contributions and editing by Richard F. Hoyer.  Richard has been studying the rubber boa for more than 50 years, resulting in publication of several peer reviewed journal pieces based on his work.  Ryan Hoyer, Richard's son, grew up around rubber boas and field studies of them, and has kept rubber boas continuously for 20 years.   Ryan created a website, rubberboas.com, in order to capture much of the knowledge of Richard that is not otherwise published.