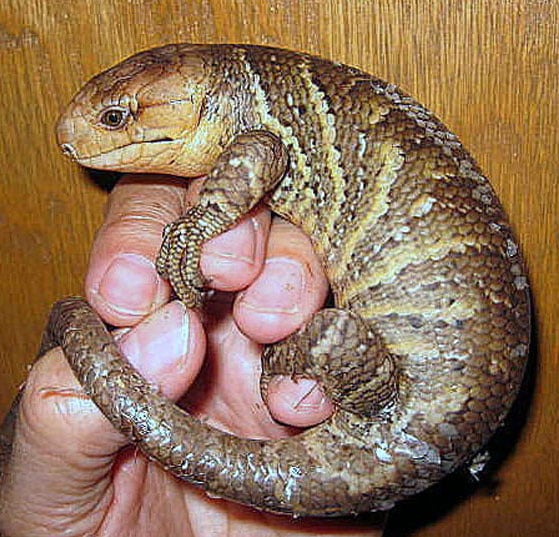 How to successfully breed the Solomon Island skink (Corucia zebrata)

Sexing yearling and older prehensile-tailed skinks (Corucia zebrata), also known as Solomon Island skinks, can often be done visually, as males are leaner, shorter bodied and have broader heads than females. Hemipenal eversion can sometimes be a useful technique, but it is stressful for the animal and can cause damage if done ineptly. There are scalation differences around the vents of male and female Corucia, but these are often difficult to differentiate. Ideally, a male will have obvious hemipenal bulges at the base of the tail and a female will not. 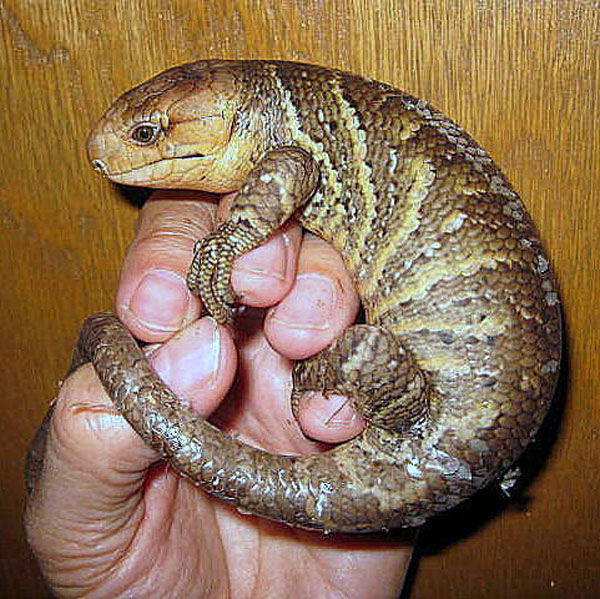 Many times, Corucia can be housed together from the start with no problems. Some light nipping and scuffing can be expected, but a second day of newly roughened scales from bites means that animal should be removed, unless those scuffs are in the shoulder area, which indicates breeding activity. Adult males cannot normally be housed safely together, but many female Corucia, and some other female skinks, also can suddenly take a disliking to each other, sometimes even after living together for years. For this reason, I usually prefer pairing Corucia rather than placing them in trios; it just reduces the chances of a fatal conflict. If they must be housed alone, an effort should be made to make sure they are in close proximity to other Corucia, separated only by a wire mesh barrier if possible. This is also a useful tool for safe introductions. Like many skinks and some other lizards, Corucia seem to develop psychological problems if raised completely alone, and may be overly aggressive when the time comes to introduce them to another.

Breeding and birth can occur at any time of the year, and gestation usually concludes in about seven to eight months. It is often possible to recognize a gravid female by her obvious increase in girth, distinguished from a simply heavy animal by increasing prominence of the hipbones, indicating the stress of pregnancy on the female’s body. A gravid female will also spend more time on the cage floor’s heat source, or under a lamp if you use one. Corucia in captive pairs and groups exhibit a marked anxiety around the arrival of a newborn. Some of these animals may become calm and trustworthy (not to bite you) again over time, while others may permanently remain on alert. It is a good idea to never use a large, deep water bowl with a gravid female, as she may give birth in the water and the baby will drown. Ideally, you will find a newborn in the adults’ cage, with its umbilical cord already gone and just a dried umbilical scar on the abdomen to show for it. Babies can vary in size, with twins being smaller, but a large baby may be 13 inches long at birth. It is a good idea to offer soft, moist foods, especially canned salt-free French-cut green beans, to the newborn as soon as possible. Many will eat right away, and others may be reluctant or picky feeders for a while. Reptile vitamin and mineral supplements are, of course, important for all Corucia, but they are especially important for the proper skeletal development of growing juveniles. Dust food every second or third feeding with commercially available supplements.

Coprophagy, or the eating of feces, is well documented in all Corucia, but the necessity of it for the healthy development of juveniles is not proven. Newborns removed from the adults before there was any possibility of this behavior occurring  have often fared as well in terms of physical health as those left with the parents. The assumption that it is necessary for gut flora to be passed to juveniles is not proven, and it may be that there is simply nutritional content in Corucia feces that remains to be utilized by others.

Infant mortality can be as high as 40 percent or more. Common causes are umbilical infections, drowning from being born in the water bowl, and dehydration from not being noticed and fed soon enough by their keepers. A baby born with a distended belly may look robust, but this is usually a bad sign and may indicate improper and incomplete abdominal development. Generally speaking, if you have a baby that is eating and has survived a week, it is out of the woods.

There is a common belief that young Corucia need to stay with their parents as long as possible, even for up to a year or more. However, sometimes a group is so nervous after the birth of a newborn that the baby seems to be in real danger of being mistakenly attacked by a confused adult, and it may be a better idea to separate it. If there are no problems, I try to leave a baby with the adults for at least a few months. When separating a baby from adults, the ideal situation is to have two babies to house together. Raising a young male and female Corucia together ensures the best chance of having a compatible pair. Housing, temperature and substrate may be the same for juveniles and adults.

Jeff Littlejohn has kept and bred prehensile tailed skinks since 1988. He is a sculptor, specializing in reptile and amphibian work.