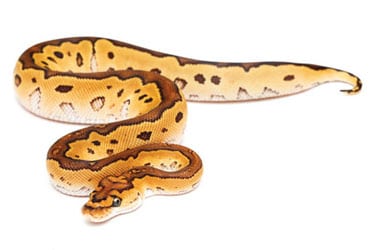 “After three clutches, I can honestly say that I have some Russo clowns. I produced these from a double het male (Vin Russo x clown) bred to a het clown female. I will be offering two males for sale this year. Unlike standard clowns, the Russo clown has a clear belly and is much lighter. Also, it has much bigger and brighter white diamonds on the sides. They seem to be strong feeders and nice all-around clean.”