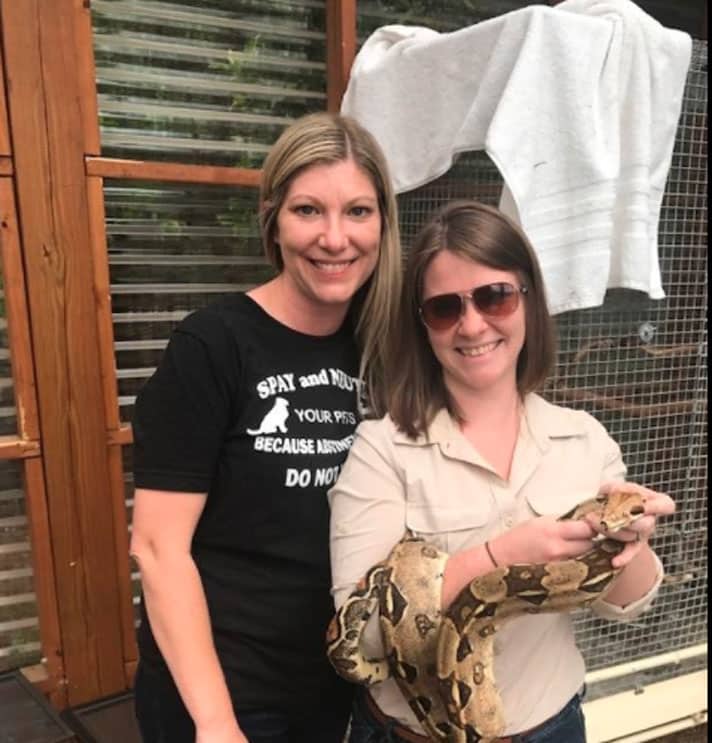 Snake Gyllenhal had an upper respiratory infection, mouth rot, and an injury to his tail that exposed vertebrae.

A boa constrictor that was found on the side of a road in Fort Walton Beach, Fla., sick and disoriented, has been nursed back to health and was placed in a permanent home at the Emerald Coast Zoo. 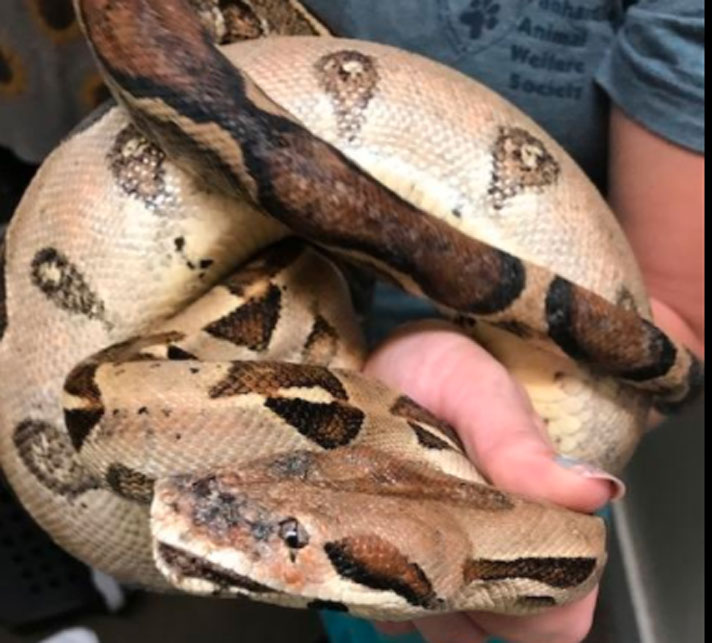 Snake Gyllenhal had an upper respiratory infection, mouth rot, and an injury to his tail that exposed vertebrae.

Snake Gyllenhal was found in bad shape in October 2017 on the side of the road, trying to warm up. The snake was brought to the Panhandle Animal Welfare Society (PAWS) in Fort Walton Beach, where PAWS Community Development Coordinator Manda Moore worked the phones to locate a local reptile veterinarian for the sick snake. The snake was in bad shape and needed immediate attention. He had visible mouth rot and an injury to his tail that exposed vertebrae.

"He had an upper respiratory infection that secondary caused the severe mouth rot," Moore told ReptilesMagazine.com. "His tail could have been caused by a number of things. A bad shed that wasn't helped, injury due to a heat lamp or bad encounter when he was out on his own in the wild." 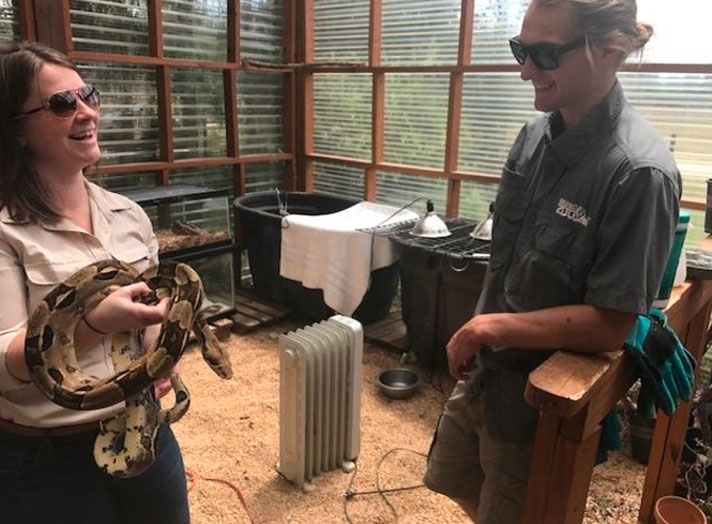 Moore called Dr. Kelly Hurley at Friendship Veterinary Hospital, who took the reptile in and started what became a six month endeavor to nurse the snake back to health. Snake Gyllenhal was given several antibiotic treatments and Hurley and staff at the hospital performed two successful surgeries during his rehabilitation. After he was deemed healthy again, the de Ridder family, new owners of the Emerald Coast Zoo in Crestview, Fla. took him in.

"He has a permanent grimace from the damage from the mouth rot but he is healthy now, just a little shorter from his surgeries," Moore said.

Thanks to all involved in the rescue and rehabilitation of Snake Gyllenhal, and thanks to the de Ridder family of the Emerald Coast Zoo for taking him in!