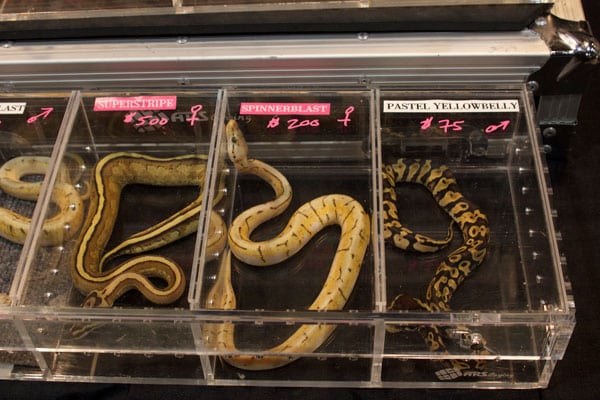 Lynlee Renick was sentenced to the maximum amount of time recommended by the jury.

Renick was murdered on his property in 2017.

Lynlee Renick, who was convicted last month in the death of her husband, renowned ball python breeder Ben Renick, was sentenced January 24 to 16 years in prison. Renick was found guilty of second degree murder and armed criminal action by a jury December 9. The jury recommended 16 years , while Renick’s defense asked for 13 years. Under Missouri law, the sentenced cannot exceed that which was recommended by the jury.

Ben Renick was murdered in June 2017 on his family’s farm in Montgomery County, Missouri. The value of his snake breeding facility was estimated at around $1 million at the time of his murder in 2017. Ben Renick was apparently called the Missouri Snake King because he was so well known in the state and around the country for his anacondas, reticulated pythons, ball python morphs and other snakes.

The family initially speculated that the murder was due to the past of the late Frank Renick, the father of Ben, according to Court TV. The senior Renick was indicted in 2012 on fraud charges stemming from an alleged scheme that supposedly bilked hundreds of people into investing in Spectrum Brands, a pet food company that was very successful at the time and generated about $US 4 billion in net sales in 2020. Frank Renick died by suicide in 2012.