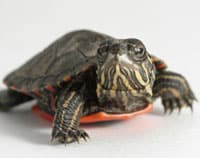 New legislation for the domestic sale of baby turtles measuring 4 inches or less is dead in the water.

For the time being, legislation permitting the domestic sale of baby turtles is dead in the water.

An amendment Louisiana turtle farmers had hoped would repeal the 33-year-old ban on selling turtles measuring 4 inches or less was removed from this year’s farm bill: the Food, Conservation and Energy Act of 2008. Congress overrode an executive veto to pass the legislation in late May.

Although some turtle farmers might have been disappointed by the news, the Pet Industry Joint Advisory Council, which opposed the amendment, celebrated it. Michael Maddox of PIJAC’s governmental affairs staff said the way the provision was crafted it could have had the opposite effect, solidifying the baby-turtle ban while expanding it to encompass many other reptile and amphibian species.

“This measure is dead for the present,” Maddox said.