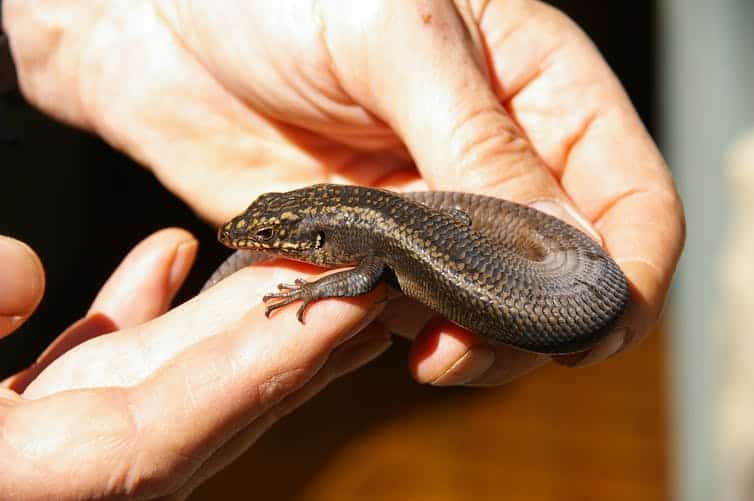 Australia Rock Skink, Named Just A Year Ago May Be Headed to Extinction

The Kaputar rock skink (Egernia roomi), informally known for decades but recently given a scientific name in August 2019 may be on the verge of collap

The Kaputar rock skink (Egernia roomi), informally known for decades but recently given a scientific name in August 2019 may be on the verge of collapse due to brushfire that devastated much of Australia, according to an article in The Conversation.

The skink, which is said to have one of the smallest ranges of any reptile in New South Wales can only be found on a single summit of Mount Kaputar, an extinct volcano. Researcher Jodi Rowley says the skink lives on a narrow band of the extinct volcano’s summit, at 1,3000 meters above sea level. In October and November 2019, brushfires burned more than 17,000 acres of brush with more than half of the lizard’s habitat thought to have been burned.

Not a whole lot is known about this particular skink. Researchers are hoping to conduct surveys in areas where the lizards are known to inhabitant as well as in surrounding areas where the lizard may persist but is not yet known to science. The scientists are also hoping to study how the lizard responds to fires, drought and other natural and man mad calamities to better understand and conserve this species.

The Kaputar rock skink is around 10 centimeters in body length with an orange belly and dark brown and grey scales.

Loading...
Newer Post
If You Can’t Care For Your Pet Snake, Don’t Release It Into The Wild
Older Post
How To Get Your Hognose Snake to Start Eating Again
Advertisement