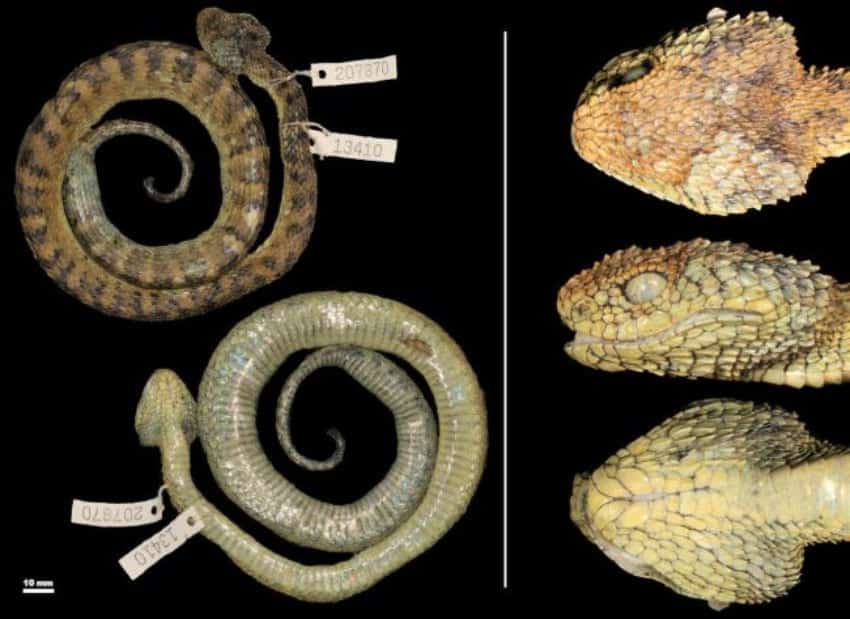 Researchers Dr. Luis Ceriaco and Mariana Marques are such big fans of Metallica, that the scientists named an African bush viper after James Hetfield,

Researchers Dr. Luis Ceriaco and Mariana Marques are such big fans of Metallica, that the scientists named an African bush viper after James Hetfield, the frontman for the heavy metal band.

“Both me and Mariana Marques, the second author of the paper, are big fans of Metallica and James Hetfield since a very young age,” Dr. Ceriaco told Metal Hammer in an interview.

“We wanted to honor him, as a thank you for all the good vibes his music has transmitted to us during all of our personal lives and careers,” the scientist said. “Also, we think that a mysterious venomous and cool looking snake, who lives in the base of a volcano lost in the middle of the tropical forest is very relatable to heavy metal! On another hand, naming a new species after someone as James brings more attention to the much needed biodiversity studies and field surveys. We are in race against the extinction of a large proportion of the world’s biodiversity, and many species may go extinct before we even know they exist!”

The snake, Atheris hetfieldi, is an African bush viper that grows up to about 52 cm in length and is interesting in that it has a triangular-shaped head and strongly-keeled scales. The snake’s known range includes the base of a volcano in Equatorial Guinea, on Bioko Island. The researchers say Atheris hetfieldi is the first new species of snake identified from Bioko Island in more than 100 years and is currently the only snake known to be endemic to the island.