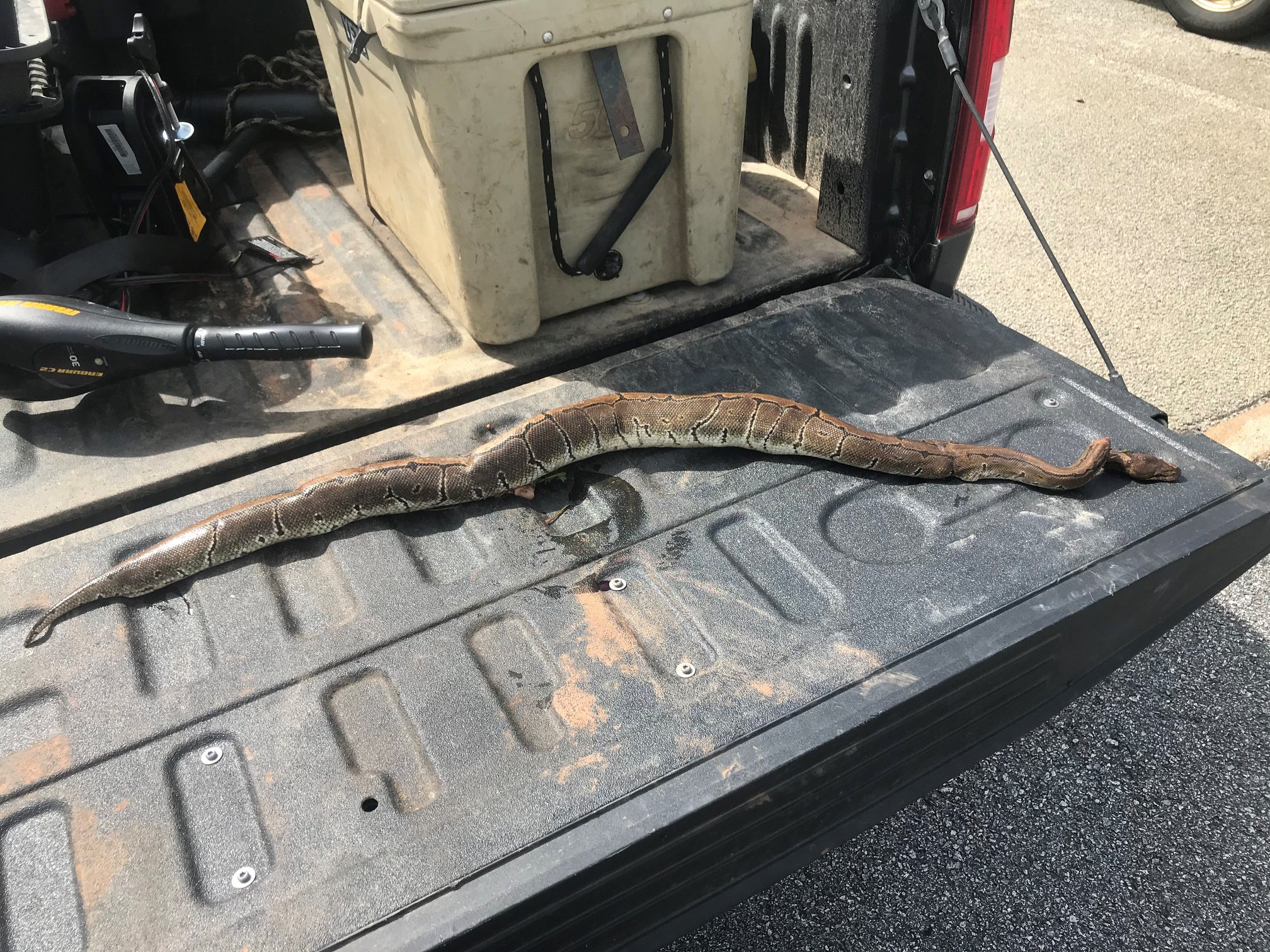 Georgia’s Department of Natural Resources Urban Wildlife Program picked up a dead ball python that was killed in someone’s backyard. The Walton County

Georgia’s Department of Natural Resources Urban Wildlife Program picked up a dead ball python that was killed in someone’s backyard. The Walton County homeowner killed the reptile and turned it in to the DNR’s local extension office. It was confirmed that the snake was a non-native species.

It was then scanned for a PTI tag in hopes of locking the owner, the Georgia DNR wrote on Facebook. Nobody reported the snake missing.

“This python was most likely a pet someone released who no longer wanted it as a pet or after it grew too large for them to take care of,” The Georgia DNR wrote on its Facebook page. “Releasing exotic pets, like pythons, can have serious negative effects on the natural environment.”

It is not entirely clear if the animal was released or escaped its enclosure, but the Georgia DNR says those who no longer can care for their pets should contact the local animal shelter or rescue group. These organizations will take unwanted reptiles in and redone them.