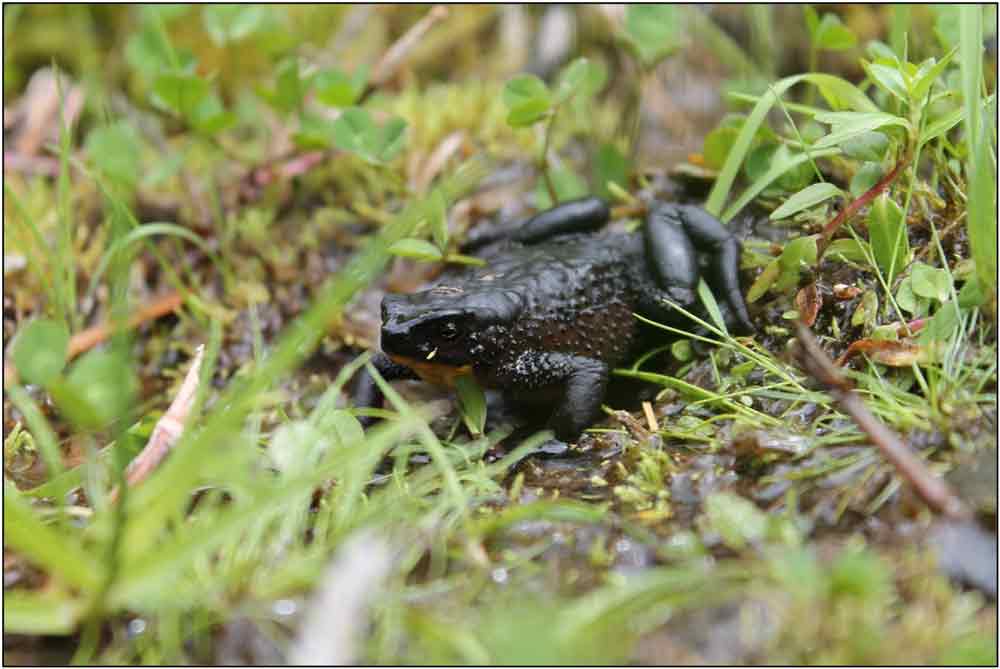 The researchers studied all species of the Atelopus genus in which data was available from the 2021 IUCN Red List as well as prior published reports.

The researchers studied all species of the Atelopus genus in which data was available from the 2021 IUCN Red List as well as prior published reports.

Researchers from Michigan State University have determined that between 18 and 32 species of frog from the genus Atelopus, and thought to be extinct, are surviving in the wild. The researchers, who reviewed literature and combined it with fieldwork to determine that 18 and 32 harlequin frog species have been rediscovered.

“In recent years, the rediscovery of species considered possibly extinct has sparked public and scientific attention,” the researchers wrote in their paper. “These are hopeful cases in an otherwise bleak story. Yet, we know little about the population status of these rediscovered species, or the biology underlying their persistence. Here, we highlight the iconic Harlequin frogs (Bufonidae: Atelopus) as a system that was devastated by declines but now encompasses between 18 and 32 rediscoveries (25–37 % of possible extinctions) in the last two decades.” 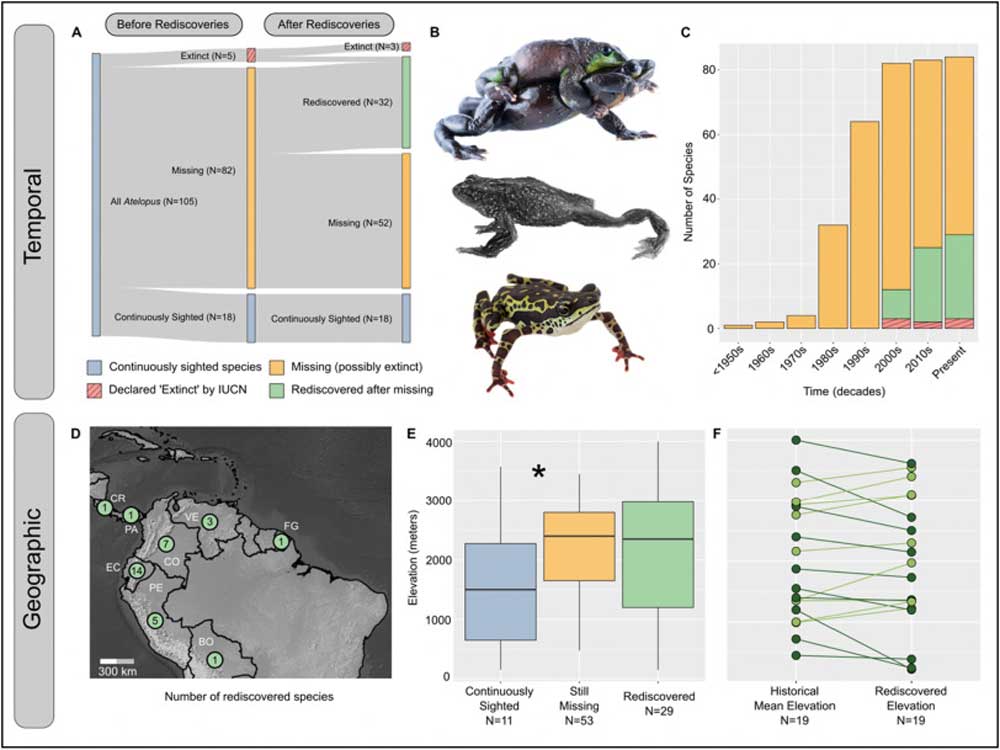 The researchers studied all species of the Atelopus genus in which data was available from the 2021 IUCN Red List as well as prior published reports. They then collated data from species literature that was either not recognized by the IUCN or added to infmratoin that was absent from the IUCN listing since the previous data report. This included published research articles that documented a recent discovery, for example.

The researchers then recorded basic temporal and geographic information (year of disappearance or rediscovery, and location or elevation of rediscovered population) from the sources that they derived the data, and then assigned each species into four categories: still missing, True Rediscover, Possible Rediscovery, and Continuously Sighted. Species deemed Continuously Sighted were removed from the analysis.

The researchers then extracted DNA from deceased species (wild caught individuals) and compared them with museum samples dating to 1990. From this data, the researchers estimate 18 species and up to 32 species have been rediscovered to date.

“Despite these promising examples of species persistence in the genus Atelopus, rediscovery does not mean recovery, and many rediscovered species are likely still hovering on the brink of extinction,” the researchers wrote. “Although we reported observed differences in genomic variation, it remains broadly unknown if the differences are linked to an adaptive response, or how any of these rediscovered species are positioned to continue persisting in the wild.”

The complete paper, “Harlequin frog rediscoveries provide insights into species persistence in the face of drastic amphibian declines” can be read in the journal Biological Conservation.