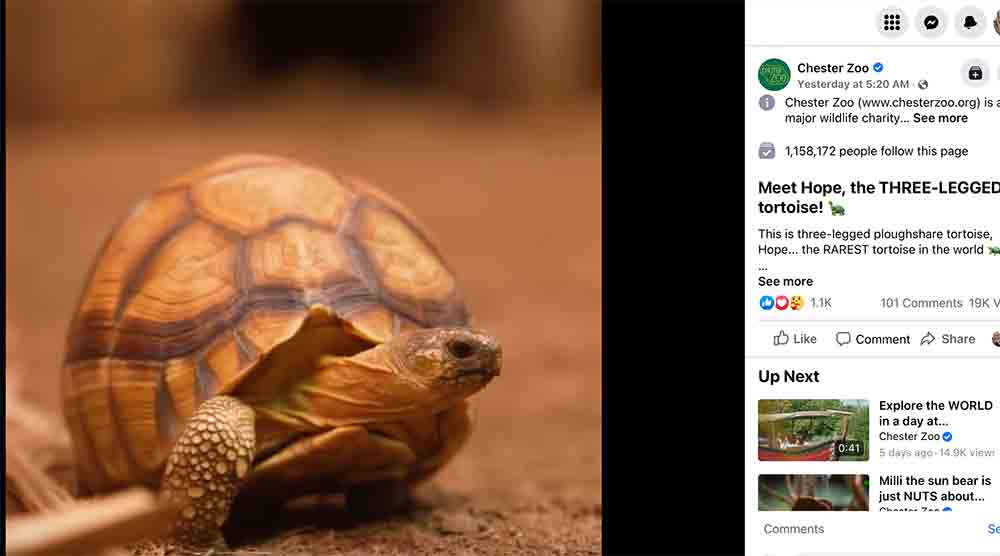 The ploughshare tortoise is critically endangered with an estimated 300 breeding adults left in the wild. Screenshot via Chester Zoo/Facebook

The ploughshare tortoise is the most threatened tortoise species in the world and is native to Madagascar.

Hope was discovered in a suitcase in Hong Kong with 56 other endangered tortoises in 2019.

A three-legged ploughshare tortoise (Astrochelys yniphora) who discovered in a suitcase in Hong Kong with 56 other endangered tortoises in 2019, has found a home at the Chester Zoo, where he is living with three other ploguhshare tortoises.

The tortoise, named Hope, was outfitted with a prosthetic rolling device in Hong Kong to help him balance as he is missing one of his front limbs, The Chester Zoo made modifications to the rollers and now he moves faster than his friends, according to the zoo.

The smuggler was jailed for two years. 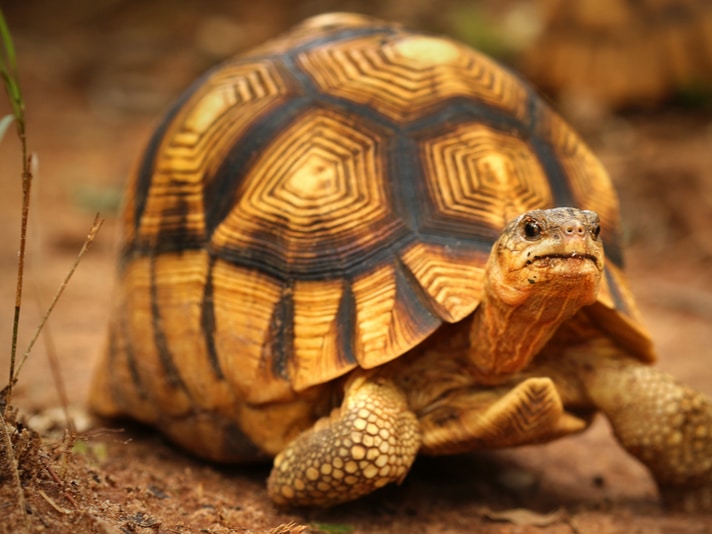 It is estimated that there are less than 300 adult ploughshare tortoises left in the wild. Photo by Ryan M. Bolton/Shutterstock

The ploughshare tortoise is the most threatened tortoise species in the world and is native to Madagascar. It is estimated that less than 300 breeding adults are left in the wild. The species reaches maturity at 20 years of age and can live to more than 100 years. Ploughshare tortoises are in decline due to the illegal pet trade and hunting for human consumption. They also are in decline due to habitat loss, the introduction of bush pigs, fires, and mining and forestry.

The ploughshare tortoise grows to about 17-20 inches in carapace length and can weigh around more than 20 pounds. They are also known as the angonoka tortoise, Madagascar tortoise, or Madagascar angulated tortoise. To discourage poaching, the Durrell Conservation Trust has been marking the shells with identifying marks, which makes them less desirable to poachers and those who illegally collect them.