The number of pythons captured has exceeded the 2013 hunt.

The 2016 Python Challenge has officially ended, and although the official counts won’t be announced until the awards ceremony in February, early results have shown that more than 100 invasive Burmese pythons were captured during the month long hunt.

Carli Segelson of the Florida Fish and Wildlife Conservation Commission told the Sun Sentinel that FWC officials have deemed the hunt a success. Segelson said that better training, cooler temperatures and a larger hunting range helped the python hunters locate more snakes. As of February 3, 82 Burmese pythons were captured or killed, surpassing the total of 68 captured during the 2013 hunt. 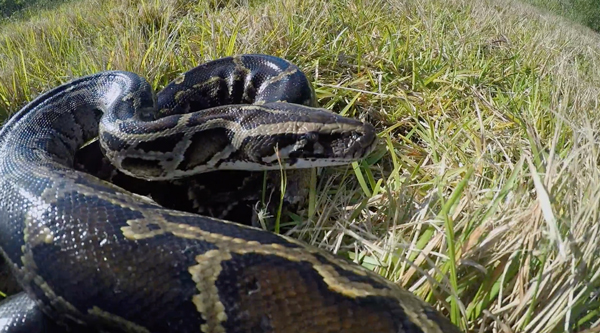 Burmese pythons are invasive in Florida.

The commission offered prizes of up to $1,500 to those who captured the most pythons and the longest pythons. More information on the largest snake captured and the most number of snakes captured will be released during the awards ceremony later this month.