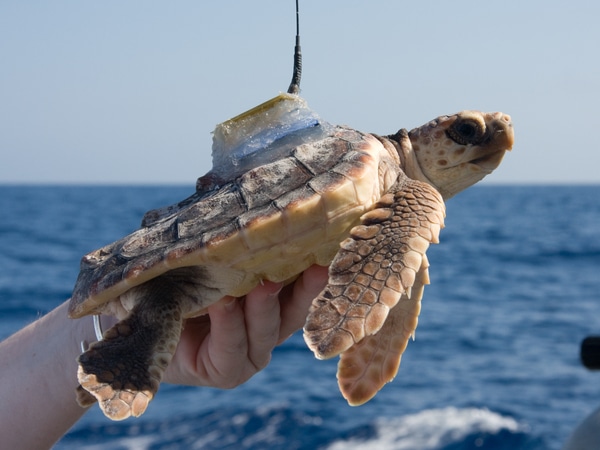 Where do baby loggerhead sea turtles (Caretta caretta) spend their youth? Previously, not a lot was known about young loggerheads except for the fact that very few survive into adulthood. The general notion was the young turtles swam around the Atlantic, drifting with the North Atlantic Subtropical gyre and that opportunistic offshore sightings or lab-based studies made up the bulk of what was known of the turtles during their "lost years." 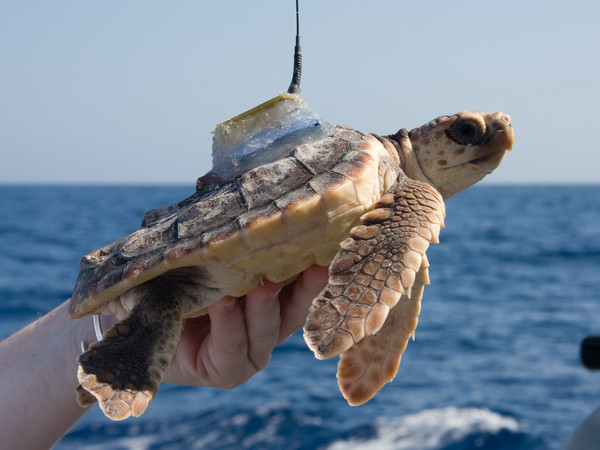 A new study published March 4 in the Proceedings of The Royal Society B has provided more comprehensive data than what was previously available. The researchers conducted a fairly detailed study of where young sea turtles go during their "lost years" and have determined that after loggerhead sea turtles hatch, those that escape land-based predators as well as ocean-based predators spend the vast bulk of their "lost years" drifting with Sargassum seaweed patches.

Researchers Katherine L. Mansfield (Department of Biology, University of Central Florida), Jeanette Wyneken (Department of Biological Sciences, Florida Atlantic University), Warren P. Porter (Department of Zoology, University of Wisconsin at Madison), and Jiangang Luo (Division of Marine Biology and Fisheries, Rosenstiel School of Marine and Atmospheric Science, University of Miami) wanted to find out where baby loggerheads went in the vast Atlantic Ocean and set about tracking, with solar-powered satellite transmitters that measured such details as distance and ambient temperature, 17 neonate turtles across hundreds to thousands of miles of ocean. 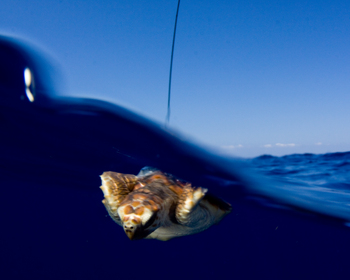 The team tracked the reptiles from dozens to hundreds of days in the ocean and found that the young chelonians take refuge within floating mats of Sargassum, a species of seaweed that is home not only to the turtles, but to other organisms as well, providing the turtles with not only nourishment, but also protection and shelter. In addition to providing shelter and a food source, the scientists noted that the surrounding water in the Sargassum patches were 4 to 6 degrees (Celsius) warmer than surrounding waters, which contributed to the fast metabolism of the turtles.

Loggerhead Sea Turtle Nest Numbers Up Across State Of Florida

The data also revealed that the turtles rarely swam into Continental Shelf waters and often leave the currents of the North Atlantic Subtropical gyre and travelled from 200 to more than 4300 kilometers. They found that all the test subjects initially swam north, staying near the Gulf Stream. Ten turtles stayed within the Gulf Stream up to North Carolina, then broke off, moving east toward the northwestern Atlantic. Of the 17, just one turtle spent any amount of time in Continental Shelf waters, just 21 days. Another turtle traveled west of the Azores in 219 days before the satellite tag stopped transmitting data.

The scientists say that the loggerhead sea turtles' association with Sargassum seaweed is important to the survival of oceanic-stage sea turtles and contributes to their metabolism and growth rates.

The full article can be found on the Proceedings of The Royal Society B website.

The loggerhead sea turtle has been on the endangered species list since 1978. They grow to about 7 feet in length and can weigh up to 300 pounds. They range from the Atlantic to the Pacific Ocean, the Indian Ocean and the Mediterranean Sea and reach sexual maturity at around 17 years of age. Their approximate lifespan is close to 70 years, though some have been known to live longer.