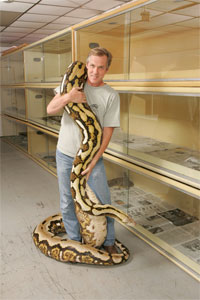 Fluffy, the world's longest snake on record, passed away at the Columbus Zoo and Aquarium.

Video: See The Building Of The Titanoboa Replica in 36 Seconds
U.S. And China Release Sea Turtles Into Disputed South China Sea
Check Out These Super Cute Beaded Lizards That Hatched at the Columbus Zoo

Fluffy, a 24-foot-long, 300-pound reticulated python (Python reticulatus), passed away at the Columbus Zoo and Aquarium in Powell, Ohio.

According to the Columbus Zoo and Aquarium, preliminary findings revealed the presence of a mass on her ovary, thought to be a tumor. Eighteen-year-old Fluffy held the title of the longest snake in the Guinness World Records. 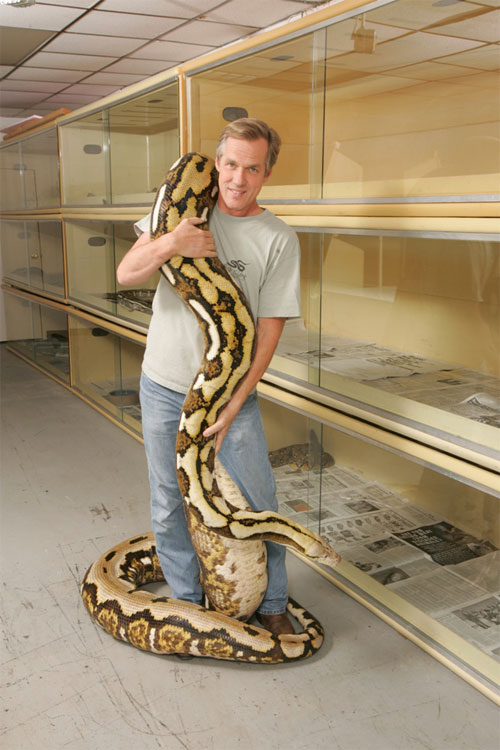 "It’s sad, of course," said Bob Clark, owner of Bob Clark Captive Bred Reptiles, who hatched Fluffy in 1992. "People that keep and breed live animals know that this sort of thing is part of the deal. It happens. I’ll miss her."

Aside from being a tiger reticulated python — a rarity in the early 1990s — Clark said there wasn't anything remarkable about Fluffy when she hatched. Her parents were of average length. "Once Fluffy began to pull away from my other big snakes in terms of size, I started looking at her as something really special. She was gigantic, of course, but she had a great disposition and was really a beautiful animal," Clark said. 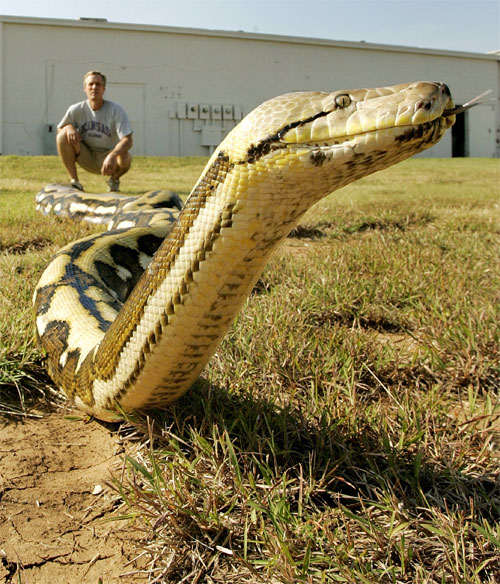 Though giant, Fluffy was known for her sweet personality.

In 2006, Clark received a call from Jack Hanna, TV personality and director emeritus at Columbus Zoo and Aquarium. Hanna was looking for a big snake. Clark asked him if he wanted a big snake or a "really big snake." They made a lease agreement, at the end of which Clark agreed to sell Fluffy to the Columbus Zoo and Aquarium. With her sweet disposition and remarkable size, Fluffy quickly drew in the crowds.

Though Fluffy's size made her difficult to transport, a few months before her debut at the Columbus Zoo and Aquarium she made an appearance on the Late Show With David Letterman. 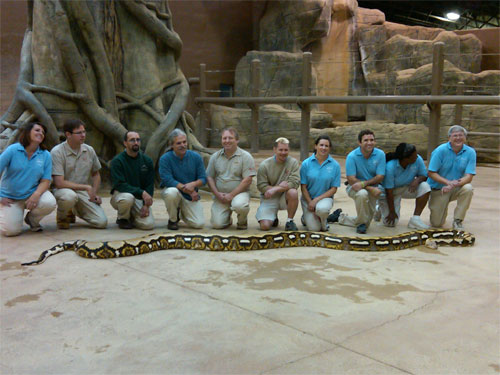 Fluffy and the staff of the Columbus Zoo and Aquarium.

At the Columbus Zoo and Aquarium, Fluffy sometimes made trips from her habitat in the zoo's Asia Quest exhibit to the empty pachyderm yard, where she was given the opportunity to explore and experience a new environment. Because of her size, zookeepers used a special wagon to transport her to the elephant yard.

"She was a special animal," Clark said of Fluffy, who produced hundreds of offspring while in his care. In fact, Clark thinks he may have some snakes coming up that will be contenders for the new title of world's longest snake.