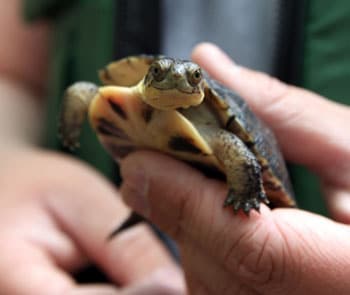 While the turtle has not yet been removed from the state's list, the Butler's gartersnake has been removed.

It looks like the Wisconsin Builders Association may be succeeding in getting the Blanding's turtle (Emydoidea blandingii) removed from the state's list of endangered and threatened species, as the Department of Natural Resources approved changes to the list, claiming that the turtle is doing much better than previously thought. Though the turtle has not yet been removed from the list, another reptile was removed during a May 22 meeting, the Butler's garter snake (Thamnophis butleri). 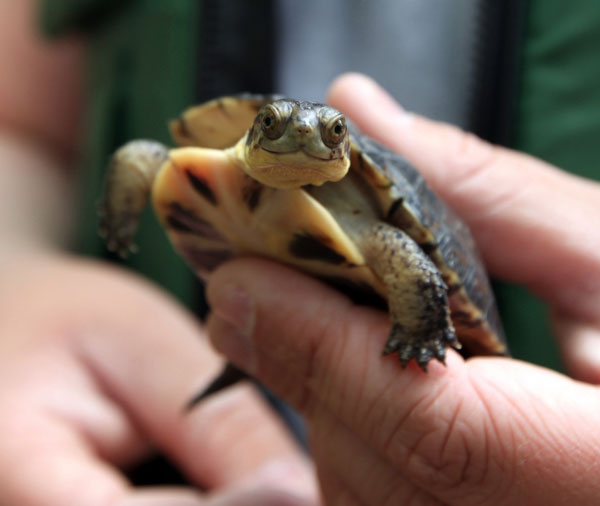 According to a report in The Capital Times of Wisconsin, DNR zoologist Bill Smith said that data it collected warrants the removal of the snake from the state's list. Gary Casper, a herpetologist took issue with that assessment, claiming that the DNR did not seek the opinion of any outside experts during the final process to delist the snake and is miscalculating its population numbers and how well it is doing in the wild.

The Wisconsin Public Radio news report says  DNR land administrator Kurt Thiede noted that populations of the turtle are much more common across the state and the agency will consider lesser protections for the turtle later this year when a formal plan is introduced.
"When we took a look at occurrences of [turtle] population across the state, we found they're much more common," Thiede told Wisconsin Public Radio. "In regards to protections, we do have other protections in place regarding wetland regulations and the habitats where these species occur.”

The report also said that of the 15 species that were removed from the endangered or threatened list, opposition to delisting the Blanding's turtle was the most vocal, as the majority of the public comments were against the delisting. There has also been grumblings in the media that the delisting of these two reptiles may be politically motivated, as the current secretary of the state's Department of Land and Natural Resources, Cathy Stepp, owns a construction business. Stepp was named DNR secretary by the state's governor, Scott Walker.
The Blanding's turtle is on the CITES list of protected species. It can grow up to nine inches in length and has a life span of more than 70 years in captivity and in the wild. It has a long neck and a yellow chin, traits of which they are known for.