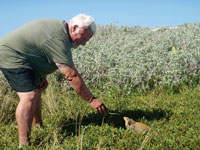 Who's Who In REPTILES: Tom Crutchfield

A reptile fascination that spanned decades and the globe.

The name Tom Crutchfield often evokes a number of different responses. Awe, respect, curiosity and even the occasional curse word have accompanied a discussion about him. To some, he is the icon who brought many rare and unusual reptiles into the hobby. To others, he is an adventurer who has traveled the globe in search of unique reptiles and amphibians. To the select few, he’s that infuriating fellow who beat them to the punch when it came to breeding a new and exciting morph. But whichever category you fall into, you have to acknowledge that his passion for the reptiles he keeps and breeds is all-consuming and very broad. 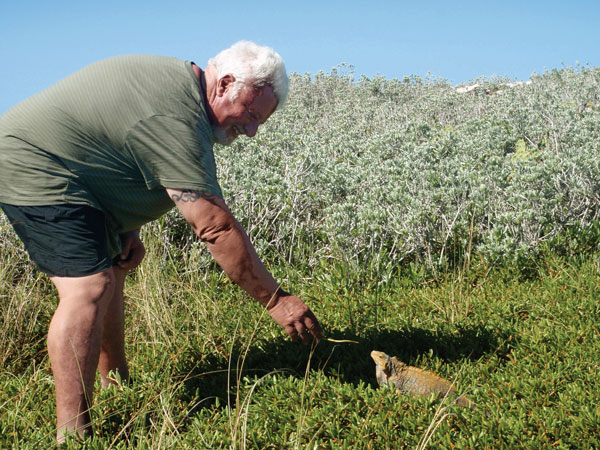 Since he was a boy, Tom has had a fascination with all things herp. “I simply cannot remember a time when I didn’t love anything scaly,” he says. “I believe I was born with a predetermined, obsessive curiosity and love for the creatures.”

That curiosity has taken him into the deepest jungles in hopes of discovering rare and wonderful additions to his personal and professional collection. And he has succeeded. Although his plan had always been to study herpetology in a university atmosphere, Tom found too many opportunities to study his favorite subjects in the wild and to test his knowledge by breeding even the most challenging of species.

Never one to turn down a new venture, Tom quickly parlayed his expertise into a variety of herp-related activities. He began to work with the movie industry, helping to supply some of the animals for such films as Raiders of the Lost Ark, Indiana Jones and the Temple of Doom, The Serpent and the Rainbow and Alligator. He was also a consultant and an animal wrangler for George Romero’s Day of the Dead.

But Tom’s latest project involves a more scientific approach. Along with Loma Linda University, Tom has been helping with biodiversity and conservation studies in the Bahamas and West Indies. Working alongside William Hayes, Ricardo Escobar and Carl Person, Crutchfield has focused on studying West Indian boas (Epicrates spp.) and their recent decline, the endangered West Indian rock iguana (Cyclura rileyi ssp.), and the area’s biodiversity in general. He is currently working with the other three authors to complete a paper detailing the entire West Indian complex of boas of the Epicrates genus.

To learn more about Crutchfield, his current projects and the animals he breeds, visit his website at tomcrutchfield.com.  REPTILES