What Kind of Lizard Is The Geico Gecko?

What type of lizard is the Geico gecko?

Q. What type of gecko is the Geico gecko seen on television?
Cheri Langston
Rockville, Md.

A. It’s obviously modeled after a species of the genus Phelsuma, but beyond that, the identity tends to meld into a generic, green day gecko. I’d say it most strongly resembles an artistically stylized giant day gecko (Phelsuma madagascariensis grandis). I also see a general resemblance to several other types with prominent red spots, such as P. cepediana and P. laticauda. 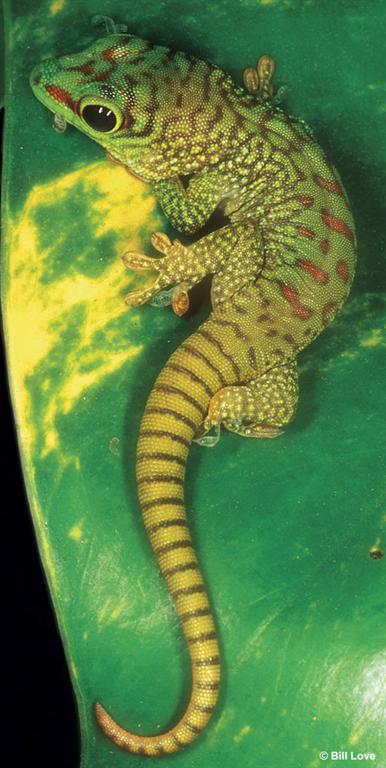 A giant day gecko (Phelsuma madagascariensis grandis) like this hatchling was probably the color model for the Geico gecko of TV fame..

However, Julie Bergman of the Gecko Ranch in Woodland, Calif., said the head looks more like an Oedura gecko from Australia, and its accent sounds more from there, too. Most likely, the insurance company’s mascot represents bits and pieces of several species.

Curiously, the Geico gecko never turns his back to the audience to give us a good look at his complete dorsal surface. That would help to identify him, but I guess it would be considered rude for such a friendly, anthropomorphic icon.