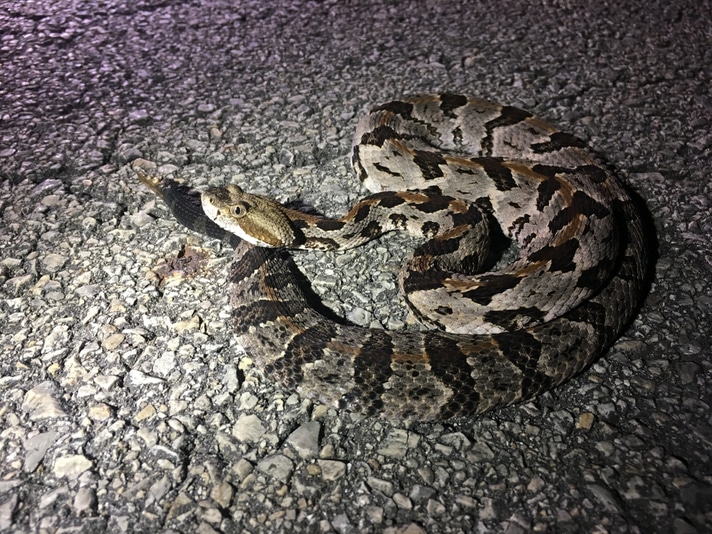 With a little help from police, the timber rattlesnake made it safely to the other side.

How often do you see police officers stopping traffic to help a snake cross a busy road? Not often, but if you live in Roanoke, West Virginia, you may have been witness to just that, as two of Roanoke’s finest halted traffic so a snake could safely cross the road. Video footage of the traffic stop was captured by WFIR news producer Randy Leftwich as he was running errands in the city.

SNAKE ON THE LOOSE! WATCH: Randy Leftwich sent us this video this morning of Roanoke City police officers directing traffic on Franklin Road to allow a snake to cross the street! 🐍

The police stopped traffic as the snake slowly crawled to the other side of the road, and in some cases, diverted cars so that the snake stayed safe.

"I thought it was a turtle at first," Leftwich told CBS News. "When I saw the snake I thought cops get such a bad rap these days, here are two officers helping out an animal." "Awesome to see these guys out there helping," Leftwich said.

The Roanoke Police Department posted a photo of the rattlesnake (appears to be a timber rattlesnake, a protected species in the state) that they had helped across the road, reminding folks that now that the summer months are here, to be mindful to watch out for snakes and avoid them, just as they wish to avoid people.

Some comments on the Roanoke PD’s Facebook were downright mean, while others were thankful that the police helped the reptile cross the busy intersection. 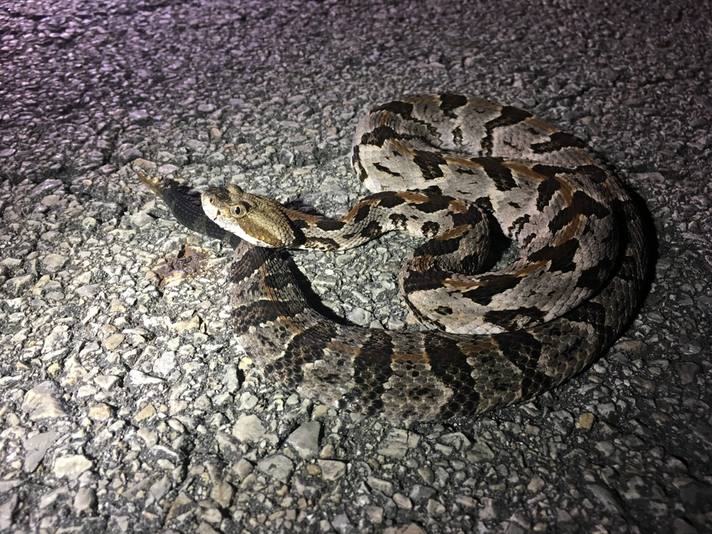 Timber rattlesnakes are a protected species in West Virginia.

The timber rattlesnake (Crotalus horridus) is listed as an endangered species in the state of West Virginia. One of the larger rattlesnakes, the timber rattler can grow to more than five feet with the largest recorded at a few inches beyond 6 feet. Large specimens can weigh nearly 10 lbs. Typical adults will be near 40 inches in length.