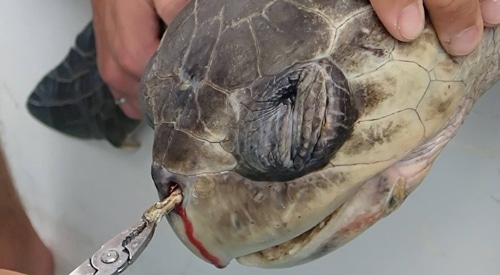 Researcher Nathan J. Robinson and Christine Figgener with the Leatherback Trust, an organization that works to protect sea turtles, were on an expedition off the coast of Costa Rica when they discovered an olive ridley sea turtle (Lepidochelys olivacea) that had an obstruction in one if its nostrils. The team initially though the obstruction was a tube worm and decided to extract the object from the turtle’s airway with a pair of pliers. Just a few minutes into the removal process, they determined that the object was not a tube worm, so they cut the part that they had managed to pull off and determined that the object was a plastic drinking straw, just like the kind that you get at your local restaurant.

Plastic Pollution in the World's Ocean

For the Sake of Reptiles and all Living Things, Put Litter in Its Place

The researchers decided to remove the straw completely out of the turtle’s nostril and were successful in doing so. They then applied disinfectant to the wound caused by the lodged straw and the bleeding stopped, and after determining the turtle was freely breathing, the researchers returned the turtle to his ocean home. 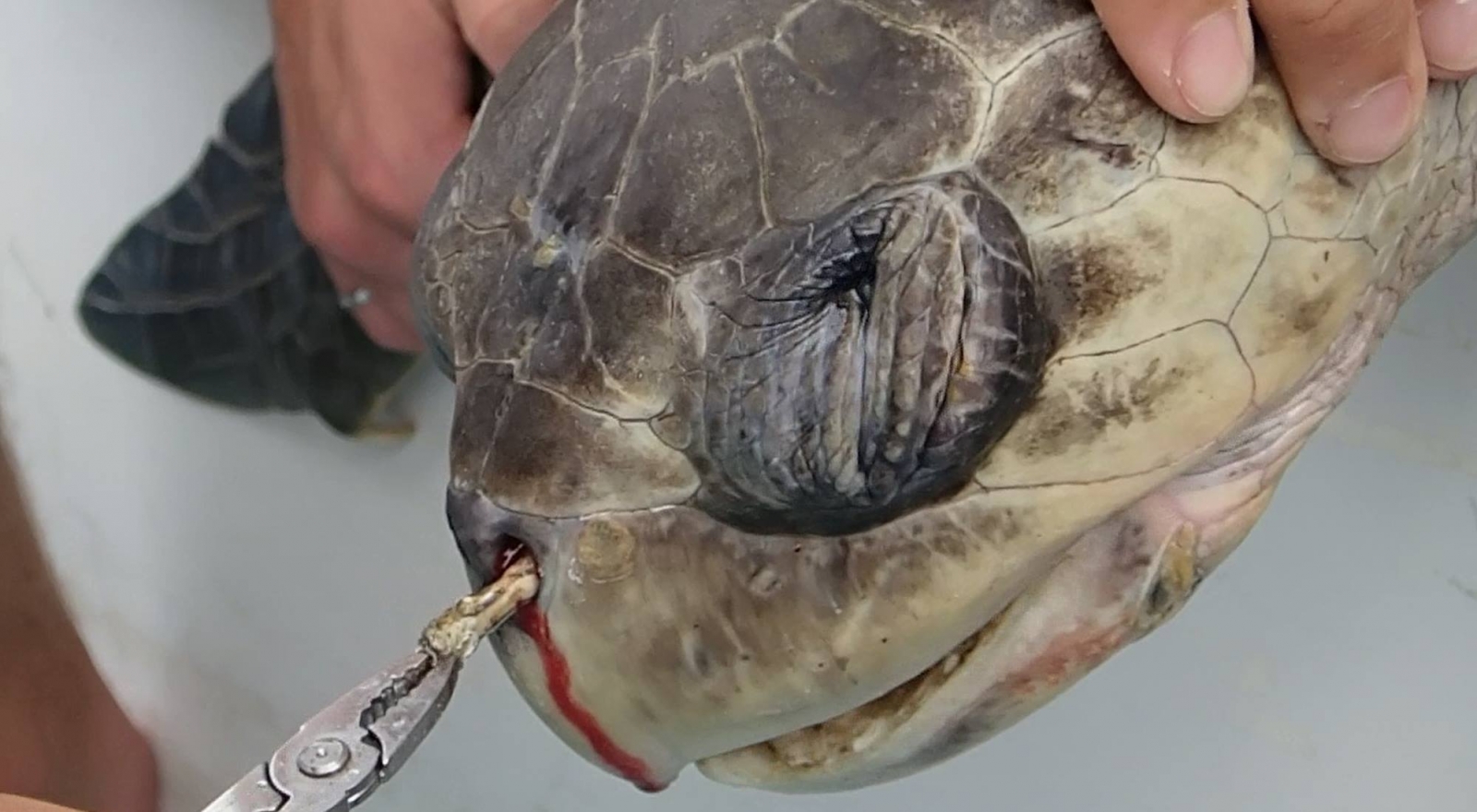 This olive ridley sea turtle had a plastic drinking straw lodged in its nostril.

The video is distressing not only in that the sea turtle was in obvious pain as the researchers worked feverishly to remove the drinking straw, but also due to the fact that the video highlights the single use, disposable society that we currently live in. 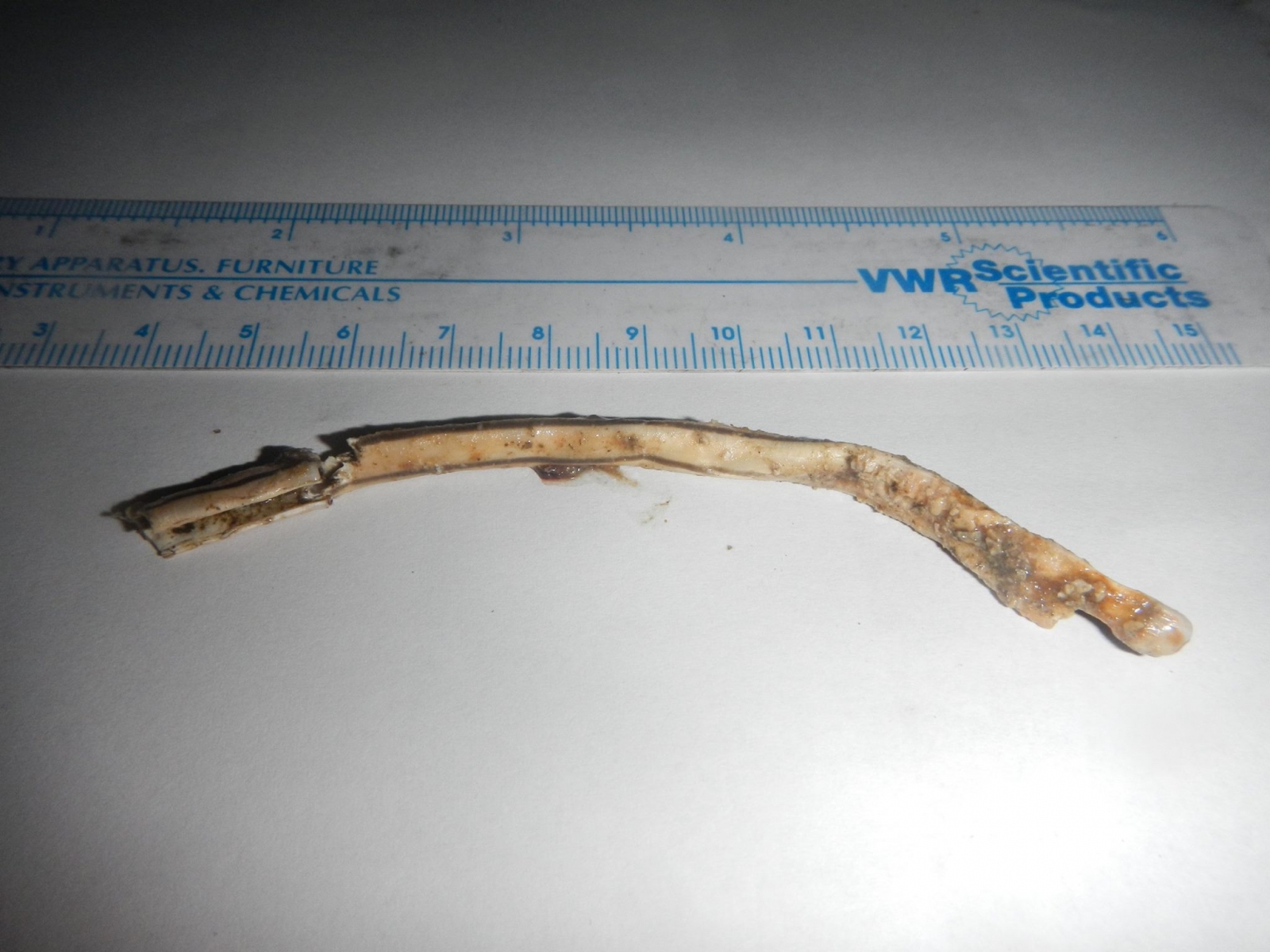 The plastic drinking straw was lodged in the sea turtle's nose for quite some time.

The world’s oceans were not designed to be our trash dumps. Please take the time and think twice about asking for a plastic drinking straw the next time you are out to eat, and think even more about how you can eliminate single use plastics from your own life.

John B. Virata keeps a western hognose snake, a ball python, two corn snakes, a king snake, and two leopard geckos. His first snake, a California kingsnake, was purchased for $5 at the Pet Place in Westminster, CA. His first pet reptile was a green anole that arrived in a small box via mail order. Follow him on Twitter @johnvirata