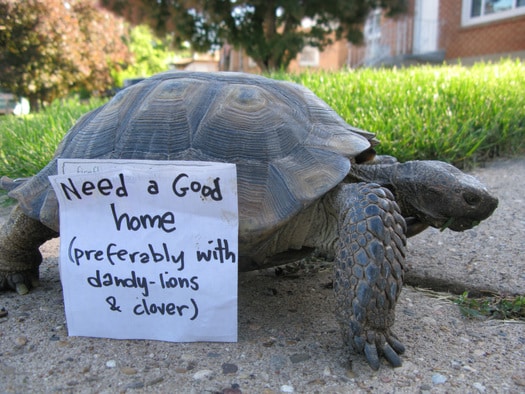 The tortoises were previously kept as pets and cannot be returned to the wild.

Reptile lovers in Utah may have the chance to adopt a desert tortoise (Gopherus agassizii) from the Utah Division of Wildlife Resources as long as they have a large backyard in which the tortoise can live. The state's wildlife resources division is putting 40 desert tortoises up for adoption as these animals cannot be returned to the wild because they either cannot fend for themselves in the wild, or because of the potential threat of disease. These animals were collected from the wild at some point and the owners have given them up. Some have been at the DWR for more than 10 years, which is just a fraction of their lifespan. They can live for well more than 50 years. 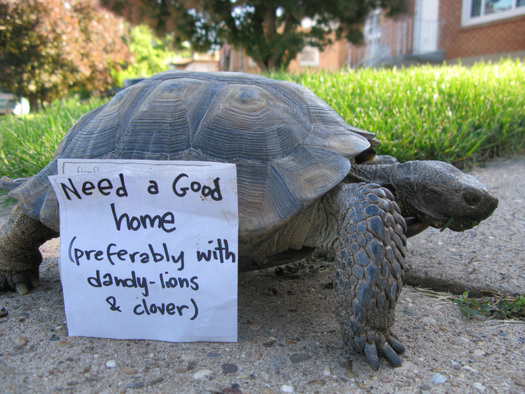 The state of Utah has put 40 desert tortoises up for adoption.

The Utah desert tortoise is listed as threatened on the Endangered Species List, but the state has an agreement with the federal government to place these animals with people qualified to care for them. There are stipulations. The tortoise remains the property of the state. The tortoise must be well cared for and cannot be removed from the state.  The tortoise must be housed in a fenced area that is at least 15 feet by 10 feet that includes dandelions, clover and other plants that the tortoise can eat, in addition to the proper food as outlined in the free Desert Tortoise Adoption Booklet, which can be downloaded here.  The guide includes comprehensive instructions on how to care for the tortoise, including such topics as how to escape proof a yard, how to build burrows for a tortoise, diet recommendations, hibernation tips, and a list of plants that are poisonous to the tortoise.

For those interested in adopting a tortoise or for more information, contact Cory Noble, native aquatic species biologist at the DWR, at 801-538-4746.

Desert tortoises are endangered throughout their range, and have been so since 1990. They have suffered population declines due to habitat degradation, disease, predation, collection and human-related causes. The tortoises in Utah’s southwestern deserts are considered some of the most dense and healthy but they suffered a population decline due to a fire in 2005 that burned close to 15,000 acres of habitat.