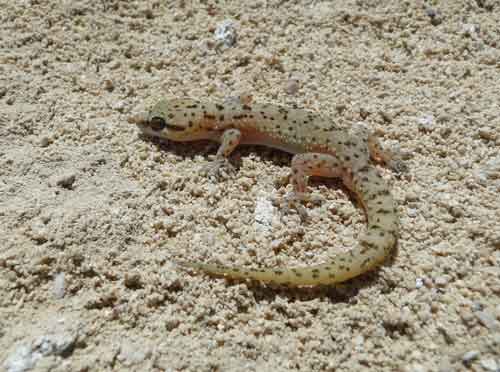 Lizards of the family Gekkonidae dominate the Qatari landscape.

Qatar, a kingdom in the Middle East is known as one of the most progressive and western countries on the Arab peninsula. It also has a lot of lizards. Researchers have just completed a Qatari government funded lizard study that has identified 21 lizard species in eight different families that occur in the country. The government commissioned the study in its goals toward creating a sustainable development model for the 11,500 square kilometer island nation. Of the 21 species, two lizards, the Persian leaf-toed gecko and the Gulf sand gecko were first recorded in the country in 2013. The most common lizards come from the family Gekkonidae. Nine species of nocturnal gecko can be found in Qatar. 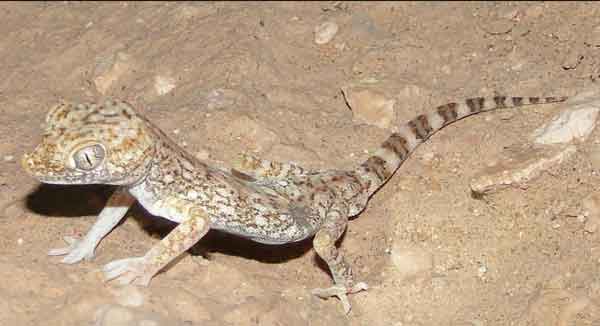 While some of the lizards are widespread throughout the country, others are confined to certain locales, according to the study, which was recently published in Zookeys. Lizard species richness ranged between 1 and 11 species per 10 x 10 kilometer grid square. The study also found that the most abundant lizard species have associated with manmade habitats, with some of the species likely introduced.

"Additional efforts and funds are needed for future field surveys including all protected areas and private farms in order to complete the inventory of lizards of Qatar," said Dr. Dan Cogalniceanu, a lead author of the study. "The complete distribution database will be valuable to identify and plan adequate conservation measures for lizards. The data will also allow for species distribution modeling and predicting shifts in species range under different climate change scenarios and human impact factors." 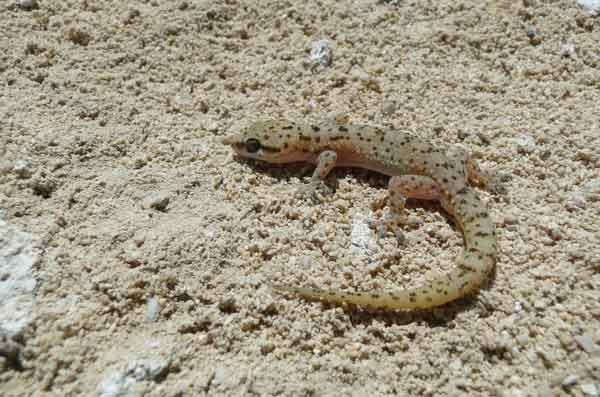