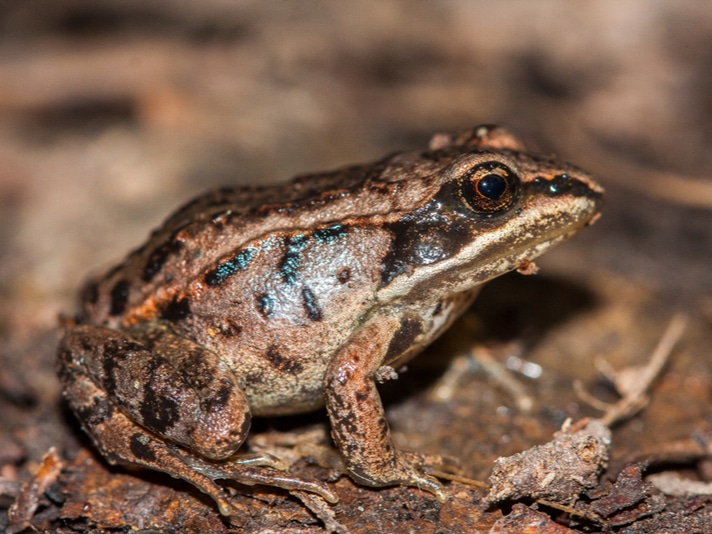 The wood frog is one step closer to becoming the official state amphibian of New York.

The fourth graders of teacher Irene Manna's class at State Street Intermediate School in Skaneateles pushed a New York state senator to designate the wood frog as the official amphibian of New York back in January, and this week, the state senate passed a bill designating the frog as such.

The bill passed the senate by a vote of 53-4. New York state Sen. John DeFrancisco introduced the legislation after receiving a letter from fourth grader Lili Winkelman, urging him to elevate the status of the wood frog to the same official state status as the apple, bluebird and blueberry muffin. Winkelman and her classmates all wrote letters to the senator to carry the bill, which passed June 8.

Manna did however caution her students that the process isn't instant and could take years. Currently the bill is in an Assembly committee where no action has taken place.

"I am very proud of Lili and her entire fourth-grade class," DeFrancisco said in a press statement. "After researching the issue, I received letters of support from Lili's classmates and from other students who attend State Street School. The lessons in state government and the legislative process for these students will be long remembered by them. Their efforts were outstanding."

The wood frog  (Lithobates sylvaticus) has some very unique capabilities as far as frogs go. Did you know that they have the capability to withstand freezing events? That is right, the wood frog can live even if its blood and other tissues freeze. The wood frog grows from two inches to just under three inches in length and is brown, tan or rust colored and is known for their dark mask covering their eyes. They can be found in forests and freshwater wetlands as well as woodland vernal pools and range from Georgia to northeastern Canada to Alaska and British Columbia.