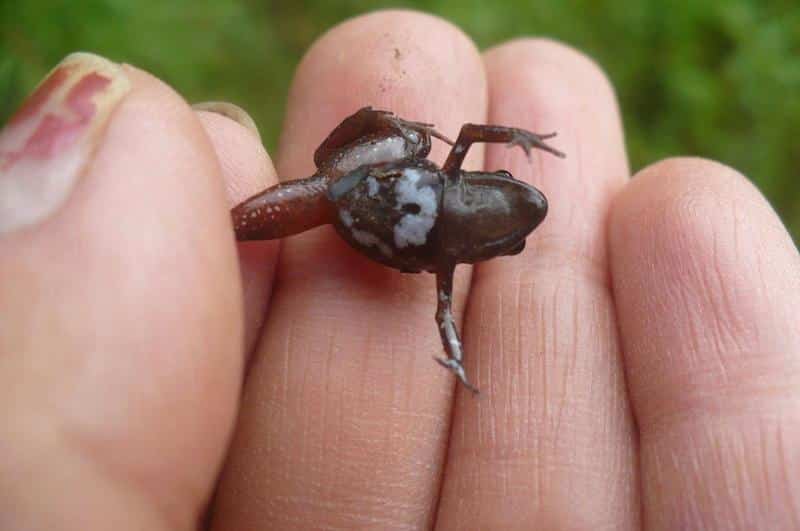 Tiny Frog Discovered High In The Andes Mountains Of Peru

Researchers Alessandro Catenazzi, Vanessa Uscapi, and Rudolf von May have discovered a new species of frog from the montane forests of Cusco, Peru that is so tiny it can probably fit on the tip of your thumb. 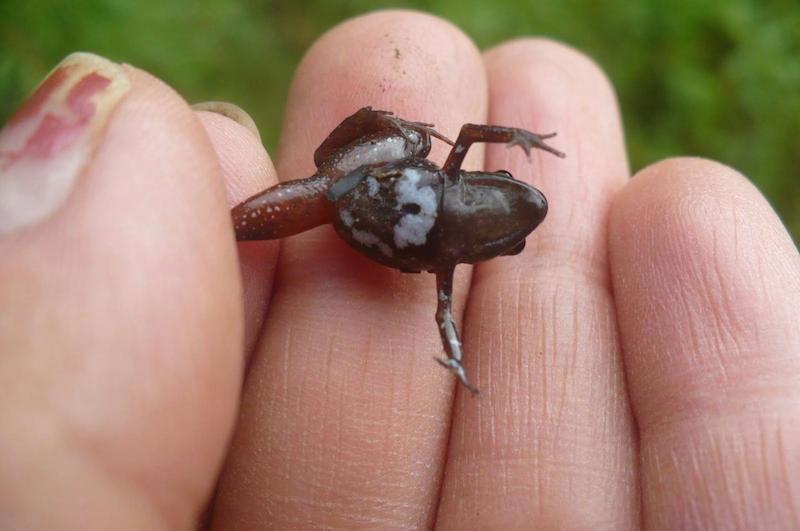 Noblella madreselva is different from other frogs in the family in that it has a white mark on its belly, as shown in the picture.

Th frog, Noblella madreselva is from the family of so-called flesh belly frogs, Craugastoridae, which comprises some 750 species. Many of these frogs don’t have a traditional tadpole stage in their lifecycle, but rather hatch as fully formed froglets. The little frog lives in high elevations between 2330–2370 meters elevation in Madre Selva, close to Santa Ana in Peru.  It is different from other Noblella species in that it has a white mark on its chest and belly. Females are larger than males with one male specimen measuring 15.6 mm and a female specimen measuring 17.6 mm in length, snout to vent.

The researchers say that because the frog is located at such a high elevation, it is likely restricted in its geographic range. A positive factor regarding its location is that the area has not yet been subject to logging, which tends to denude forests in which many species live, the authors said.