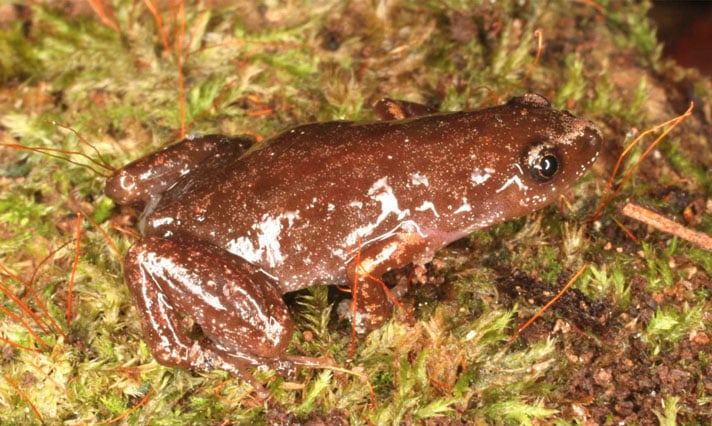 The frogs have been named C. migueli, C. veracruz and C. altomontana. They are small, brown, fossorial frogs that spend most of their lives underground.

I am delighted to share the latest news of my current research with REPTILES readers. I recently led a National Science Foundation-funded project that resulted in the discovery of three new frog species in one of the world’s most degraded forest regions, Brazil’s Atlantic Forest. 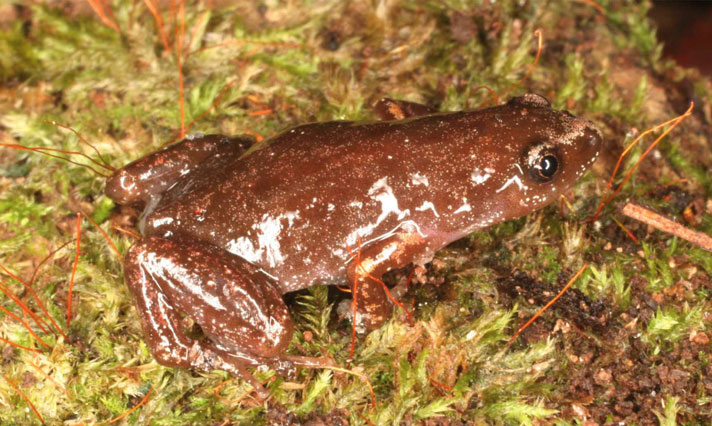 Chiasmocleis veracruz is one of three new humming frog species that was discovered in Brazil’s Atlantic Forest.

My colleagues and I found three new species of the genus Chiasmocleis, commonly known as humming frogs. They have been named C. migueli, C. veracruz and C. altomontana. They are small, brown, fossorial frogs that spend most of their lives underground, coming out only a few weeks a year during the early heavy rains and their accompanying breeding season. That’s the best time to find them, when they are calling for mates!

The three new species look similar to others already known to science, but they have distinct genes and minute physical differences that we used to set them apart. It is quite remarkable that we found these new species in the Atlantic Forest, which has been heavily degraded by agriculture. As little as 3.5 percent of the biome remains today.

I have dedicated my life to researching the diversity of frogs, and with help from my fellow researchers, both in the U.S. and abroad, I have assisted in mapping out this entire family. It’s wonderful to continue expanding our knowledge of the family tree.

The importance of this work cannot be overstated. If you are reading this magazine, then you likely already know that frogs around the world are becoming extinct. With about one third of the world’s frog population considered endangered, anything we can do to continue the study of frogs, especially identifying new species, is paramount in influencing bio-conservation efforts and policies.

Despite the evidence this new discovery presents, these species remain poorly known. In conservation terms, we call them “data deficient,” meaning we really do not know enough to understand their conservation status. Very little is known about their geographic distribution, current threats and population trends.

I’m honored to continue researching this needed information, and I hope all REPTILES readers will join me in celebrating the frogs of the world!